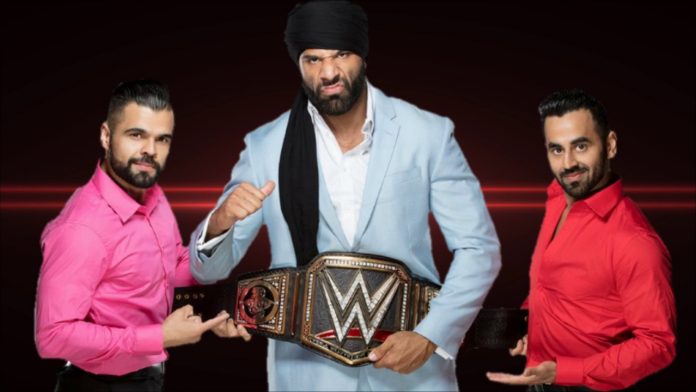 Witness @WWEAleister in action on an ALL-NEW episode of @WWENXT at 8/7c only on the award-winning @WWENetwork! #WWENXT pic.twitter.com/Iyq4twckdp

– Above is a promo for Aleister Black and this week’s WWE NXT episode. Black will be facing former ROH Champion Kyle O’Reilly in his debut. Johnny Gargano vs. Raul Mendoza has also been confirmed for this week’s show.

– Akira Tozawa vs. Ariya Daivari in a #1 contenders match has been confirmed for tomorrow’s WWE 205 Live episode from Cleveland. The winner will go on to face WWE Cruiserweight Champion Neville at SummerSlam.

– As noted, The Singh Brothers were kept off last week’s WWE SmackDown to sell the beating they took from Randy Orton during the Punjabi Prison match at WWE Battleground, which saw WWE Champion Jinder Mahal retain with help from The Singh Brothers and The Great Khali. It looks like Sunil and Samir will be returning to SmackDown this week with casts, slings and beck braces as they tweeted the following photo today:

Anything to keep the title around the Maharaja for the 1.3 BILLION people of India ??#WWEFortWayne #SDLive pic.twitter.com/TRSygN0iEg