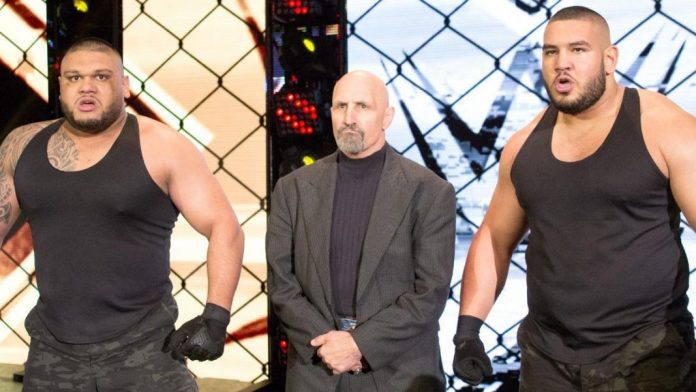 – WWE NXT Superstar Kassius Ohno is featured in Kayfabe Commentaries’ latest “Gabe Sapolsky’s Next Evolution” DVD, which was apparently filmed before Ohno’s latest NXT return. You can watch the trailer for the DVD above.

– WWE NXT tag team The Street Profits recently spoke to Byron Saxton for the WWE website at this link. Montez Ford commented on who they are:

“The Street Profits are for the culture. Dawkins and I represent everything now and current. We are two men with similar backgrounds who have faced hardship and troubled upbringings at times because of the environment that we lived in. We are just showing people that we made it. We’re also trying to spread the message that with hard work, direction and perseverance, you can make it, just like us.”

Angelo Dawkins commented on what people should take away from their in-ring style:

“Swag family. I mean it says it in our song. By swag, I mean our personalities and the way we present ourselves, which is different from any other team in NXT. People should also take away that our future is all about winning championships, or as I like to call it, the chip. We want that big gold to wrap around our waists.”

– Matt Hardy tweeted the following this week while on tour with the red brand in Australia, where he and brother Jeff Hardy have picked up wins over Sheamus and Cesaro:

Wrestling fans around the world–"Thank you & Jeff for coming back to the @WWE."

My reply–"Thank you for bringing us back to the WWE."