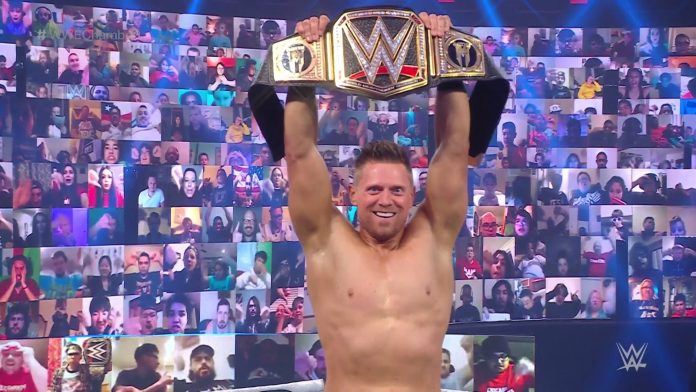 After a series has its successful run on television, depending on its popularity, it can be picked up in syndication for reruns among secondary networks for as long as the channel is on the air. Obviously, the difference with the rerun is, it doesn’t have the same demand as original run programming because there’s literally already a “been there, done that” scenario. For example, when a viewer finds several episodes of Seinfeld scheduled on a smaller channel, they can watch a few in a row if they have the time to enjoy the content again. As we’ve seen with the trends of the pandemic, many people have binge watched their favorite shows again because without many other entertainment options, there’s a chance to sit on the couch and re-watch Tony Soprano’s struggles as the mafia kingpin of New Jersey or Omar roaming the streets of Baltimore for a box or honey nut and a pack of Newports on The Wire.

The problem with the rerun is, by nature, it’s a passive entertainment option. I didn’t watch Game of Thrones, but I was very familiar with the social media “no spoilers!” request the day after each new episode aired. Original content is such a priority in the television business because there’s a demand to see how the narrative unfolds. When the direction of the story is already known or repeated, it’s more of a leisure activity because it lacks the initial selling point.

A trend of the WWE in recent years, but even more so during the pandemic era is management seems to rely on the retread of previous angles instead of an attempt to create something new with a different overall direction. I penned an article back in November, a time when most hoped the pandemic would be near a conclusion as the next Wrestlemania approached, that it was possible that The Miz would cash-in to win the WWE title, which is how he claimed his initial WWE belt a decade ago.

As I mentioned in that column, from a company prospective, The Miz is exactly what they look for in many ways for the model WWE “employee” so to speak. He’s steadily average in most categories and he’s a safe bet for the publicly-traded corporation. Mike Mizanin has average matches, he doesn’t get injured, he represents the company well from a PR stand point, you don’t hear about him getting a DUI or anything else that would reflect poorly on the company, and he doesn’t violate the wellness policy.

This isn’t meant as a jab toward Mizanin the real-life performer because you can tell he puts in the effort, but shouldn’t all the traits just listed be the base line, not the ceiling for a top star in the WWE?

Granted, the genre of professional wrestling has its foundation of baby face vs. heels, and the general narrative that goes along with it, but too many angles on WWE TV in recent months are basically a copy/paste of the same thing that was booked before with more or less the same characters. It should also be mentioned that similar to other aspects of sports entertainment, if an angle is used repeatedly, it yields diminishing returns. Now, it should be mentioned that I don’t think Miz makes it to WM 37 as WWE champion, especially because the rumored tag match with Bad Bunny still seems to be on the table after their interaction at the pay-per-view, but the concept of Drew McIntyre dropping the title now so that he can win it back in a month or so to attempt to create a “Wrestlemania moment” for him is misguided.

If anything, the start and then stop push for Drew made him look like a flimsy champion more than anything else. The pointless three-week switch to Randy Orton a few months ago did nothing, but interrupt him momentum as champion. Dropping the title to The Miz to set up the chase for the gold at WM is a narrative that can’t be properly built in a month and it just doesn’t have the same impact when he already won the title on that stage last year. The way they’ve booked Drew as champion, as early as the night he won the title when he said he “didn’t want to fight” The Big Show hasn’t done him any favors. Assuming McIntyre wins it back at WM 37, that will give him three WWE title wins in the span of a year, but does that really make him a bigger star than when he originally beat Brock Lesnar for the belt? Speaking of Brock, wouldn’t it have been more beneficial for Drew to remain champion the entire time and then go into WM 37 to defend the title with the status of a year as champion on the line as opposed to multiple title wins throughout the year? Brock was booked as a dominate champion and it made him one of the bigger stars on the roster, has McIntyre really been made to look strong in the role as champion?

If McIntyre would’ve went into WM 37 as champion with a year as champion, the extended title reign is the selling point because there would be something on the line along with the actual belt. I discussed it when Orton won the title from Drew, the fact that McIntyre won it back in three weeks more or less had no progress on the show because each character was in the same place that they started before the switch within a relatively short time span. The office has made some key decisions over the past few years that more or less make the product a revolving door because you rarely see the pieces shuffled around for anything beyond just cannon fodder to continue to churn out content for the WWE machine.

It’s disappointing to say this, but it’s doubtful that Drew will be booked for anything at WM this year that will make him a bigger star or improve his status from where he was after he beat Lesnar last year so what was the point of the random title switches? Another major example is Kofi Kingston from two years ago, he had an incredible run in the Elimination Chamber and “Kofimania” spontaneously got over with the audience so he won the title at Wrestlemania in 2019, but did he get a chance to truly become a main event star? Brock Lesnar was booked to beat him in about ten seconds a few months later for the debut on Fox, and Kofi has more or less been a tag team wrestler since that time, which is exactly where he was before “Kofimania” got over with the audience.

Management has Miz cash-in because of the heat he gets from the audience and they repeated that process from ten years ago here because of the perception of The Miz among diehard fans. However, there are different types of heels and Miz isn’t in the category of a villain that the audience views as a main event guy. For a comparison, CM Punk had heat with the audience and he could go bell-to-bell to deliver the quality main event matches. On the flip side, The Miz is the snarky heel that fans want to see Bill Goldberg spear for a three-minute match on pay-per-view and there’s nothing wrong with that. Miz has his role and he plays it very well. He’s a great utility guy for all the reasons mentioned previously, but he’s not a top guy that can be used to build hype for the biggest event on the calendar.

Speaking of the biggest event of the year, it exemplifies the rerun mentality of the product. It looks as though The Fiend and Randy Orton will have a match at the show, and as cringe worthy as the entire angle has been, they already had a match at WM a few years that used the lame projections on the canvas during the match. I understand that Edge vs. Roman Reigns will be an anticipated bout, but even the Edge returns at The Royal Rumble is a carbon copy of last year. Plus, at 47 with a history of serious injuries, is Edge going to build for the future? Finally, as mentioned before, the set up with Miz as champion appears to be another way for Drew to win the title at WM, but that’s the same scenario as last year.

The Hits & Misses Of Full Gear

Is This A Fresh Start For Kevin Owens?

Budget Cuts Or Lack Of Direction?