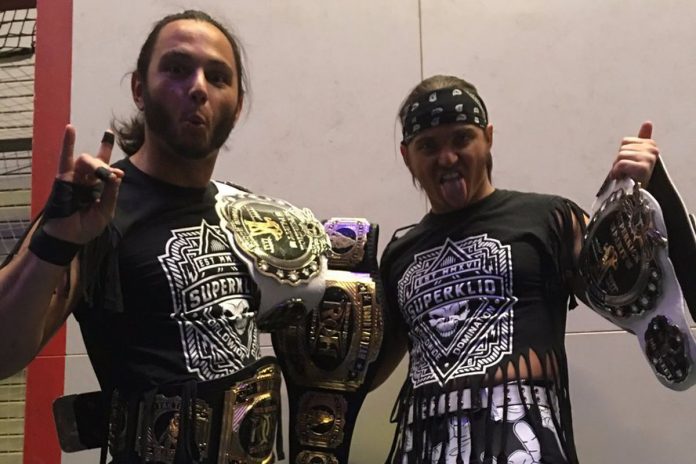 The Young Bucks recently did an interview with SportingNews.com and talked about what sold the on getting involved with All Elite Wrestling:

Nick Jackson: “Right off the bat, I would say the freedom, the creative freedom. It was an outlet for us to express the way we feel pro wrestling should be done, the way we think it should be done in 2019 and the future. It was pretty easy from there on out. We were like ‘OK, we can should the world how we feel wrestling should be represented and this is how we feel like it should be.’ The other options were to stay where we were or go to WWE. For me, personally, I feel like this was the easy choice because we’re going to be with all of our friends and we’re having a good time. It feels like it pretty much what we have been doing for the last four or five years but on a bigger scale.”

Matt added, “I’ll tell you this right now: Kenny was the missing piece. I talked earlier about how Tony called me originally and got on the phone with him and he told me we need Kenny. We need The Elite. I need the best wrestler in the world and I need the best tag team in the world. That was it. Originally, it started as the three of us and then Cody later came on board. We kind of had to sell him on it because, in wresting, and he’s probably heard a million stories about startups and billionaires investing in wrestling and we all have. We finally, the three of us, got him on board and once he was on board, he was all in and here we are.”