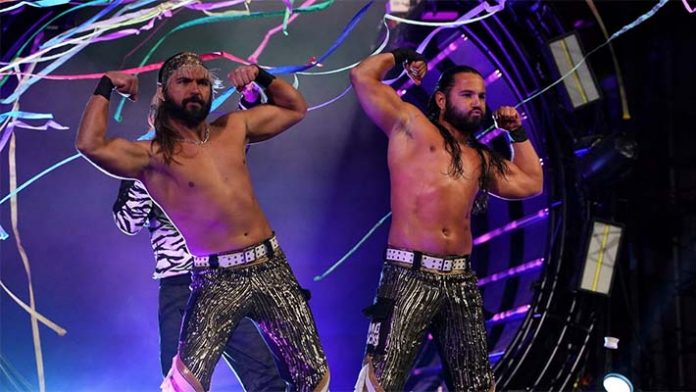 If you’ve been following AEW Dynamite, it’s quite obvious who is coming back on Wednesday night as The Young Bucks’ mystery partner. This week’s Being the Elite closes with a massive tease.

The Young Bucks questioned Hangman Adam Page on AEW Dynamite last week about joining forces for the Trios Tournament. They patched things up the previous week, but Page turned down Matt and Nick Jackson’s offer to help because he wanted to support The Dark Order, who were also competing in the tournament.

This Wednesday, the identity of the mystery partner will be revealed; Kenny Omega is the most likely candidate. The company wanted Omega’s comeback to be included in the storyline with The Bucks and Page, according to Dave Meltzer’s report from last week, which is why a FTR vs. The Bucks rematch won’t be taking place at All Out. According to PWInsider, it is widely accepted that Omega will be the mystery partner on Wednesday.

There was a big tease at the end of today’s Being The Elite. The episode comes to a close with Matt Jackson receiving a call from someone who confirms that he is prepared to return. You can watch the teaser and the complete episode of “Being The Elite” below.

The Young Bucks and a mystery partner will compete against Rush, Dragon Lee, and Andrade El Idolo on Dynamite on Wednesday. The matches for the tournament are listed below: