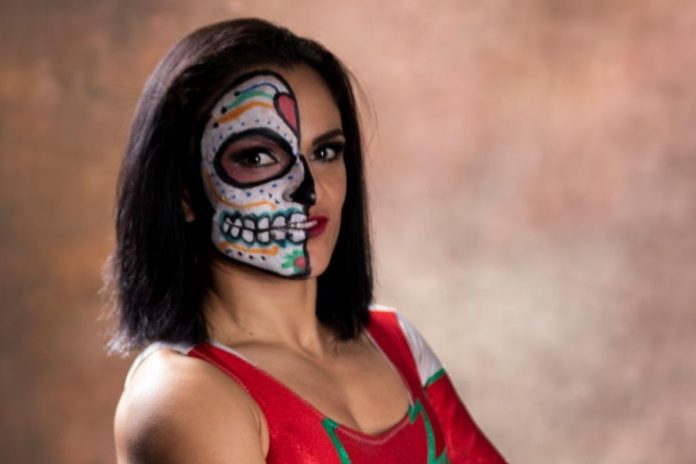 Featured below is an excerpt from the interview where Rosa shares her thoughts on Rose.

“What she’s doing I think is very important because that shows you if you give time to someone, if you believe in them, that’s how you can develop, and that’s how you can become. And I think Mandy Rose deserves a little bit more respect because she’s really working very, very hard.

“This is the importance of booking, of booking a person the right way. Mandy and Toxic Attraction needed that opportunity and that storyline that they have to develop as the main heels of a company.

“Why? I can tell you, when I was in the NWA working on the first season, how I was booked, it really developed the Thunder Rosa a lot of people really liked when I came to AEW. And I feel what they have done with Mandy Rose in the last year, they have created an aura for her that she really has empowered herself and taken it over.

“And that’s why when you see her, in every match that she’s doing, with chairs, an extreme match, or just a regular match, she’s delivering. And I think it is important that we give her her flowers because she deserves that.

“And, for me, one thing that I love is that she owns the fact that she’s pretty, that she’s beautiful, but she’s also a champion, and she’s also the face of the women’s division in that aspect.

“The dynamics that she has with the babyfaces there, I’m really enjoying her work in the last couple of weeks, and I really enjoy her promos, they’re very entertaining, with her and Toxic Attraction.”

Check out more from Thunder Rosa’s appearance on Busted Open Radio via the tweet embedded below. H/T to WrestleTalk.com for transcribing the above quotes.

Who would be YOUR pick, Nation? 🤔