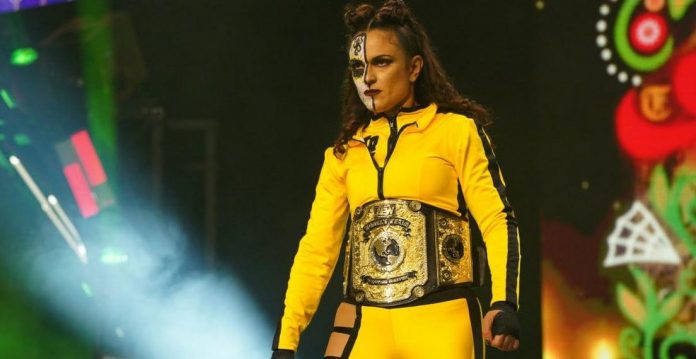 Rosa announced prior to AEW All Out that she will be unable to compete due to a back injury. Since then, AEW has crowned a new Interim Women’s World Champion.

At NWA 74, Kamille fought Valkyrie for the NWA World Women’s Championship, and Valkyrie defeated her. Valkyrie will compete for the title again at NWA Hard Times on November 12.

Earlier in the week, Rosa provided an update regarding her injury.