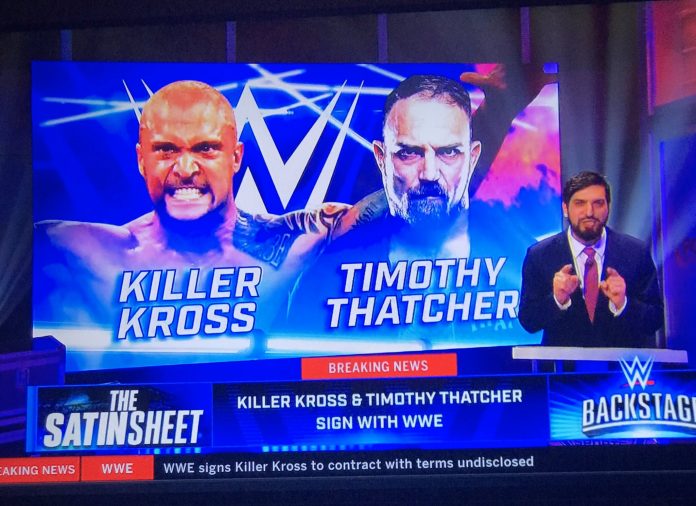 WWE has confirmed the signing of who they called two of the hottest free agents in pro wrestling – top indie star Timothy Thatcher and former Impact Wrestling star Killer Kross.

It was announced during a segment on tonight’s WWE Backstage episode on FS1 that both Thatcher and Kross have signed with the company.

We noted earlier today how word going around said Thatcher had signed, and that he was at the WWE Performance Center in Orlando this week with the rest of a new Class of recruits. It’s believed he will be in the new WWE Performance Center Class that should be officially announced later this week. Kross could be in that Class as well.

It was noted that the deal for Kross came together in recent weeks amid interest from every major organization, according to Backstage. It was also noted that there’s no word on the brand that Kross will be going to, but that he will be looking to make an impact in his first appearance, and the clock is ticking on that debut.

BREAKING NEWS:
Per @ryansatin on #WWEBackstage, @WWE has signed two of the hottest free agents in sports entertainment, Timothy Thatcher and @realKILLERkross! pic.twitter.com/BPqSs2n5CW