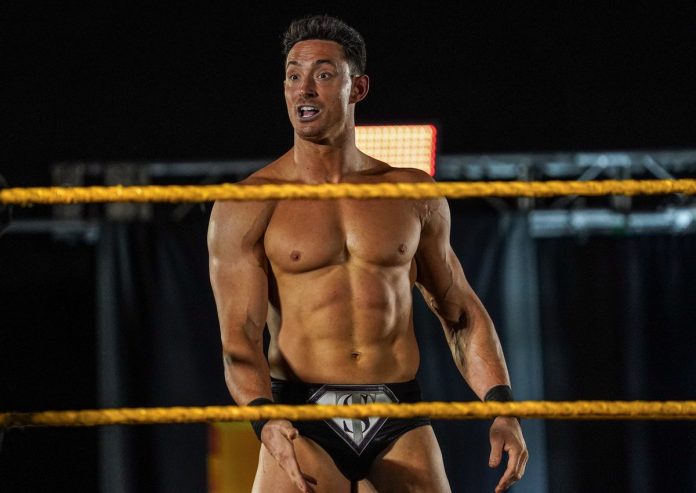 As noted earlier in the week, Tino Sabbatelli was recently seen training at the WWE Performance Center in Orlando. PWInsider now reports that Sabbatelli is back with the company under a new WWE NXT contract. Tino was released from WWE back in April due to the COVID-19 cuts. The former NFL player signed his first WWE developmental deal back in October 2014. Tino worked one match for AEW while gone from WWE, under the name “Sabby” on the July 21 AEW Dark episode. He teamed with Brady Pierce for a loss to Best Friends that night.

Ace Steel (Chris Guy) is also back with WWE at the Performance Center. He left the company with other cuts back in April due to the COVID-19 pandemic, but is back working as a Performance Center Coach, and has been at the recent WWE tryouts.

Some of the names seen at the recent WWE tryouts were second generation star Colby Corino, who is the son of WWE coach and producer Steve Corino, plus former EVOLVE stars Blake Christian and Anthony Henry. Henry also worked a WWE tryout last December, and announced earlier this summer that he planned to retire from pro wrestling at the end of 2020.