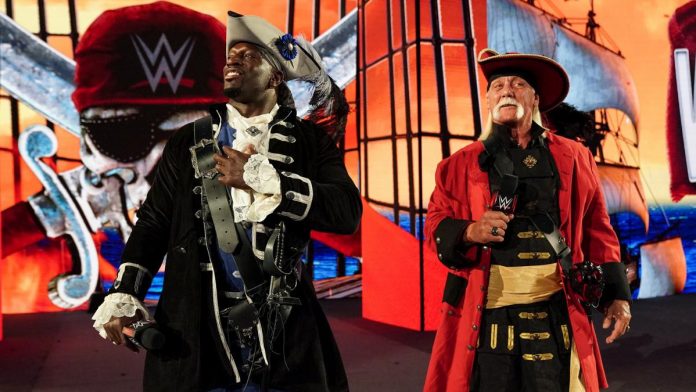 As PWMania.com previously reported, WWE Wrestlemania 37 co-host Hulk Hogan was booed by the live crowd during the start of the show.

During an appearance on Busted Open Radio, co-host Titus O’Neil commented on the matter:

“It really caught me by surprise. I expected some boos, but I didn’t expect it to be at that level. To Hulk’s credit, he took it in stride and kept going, and um…it was definitely different.”