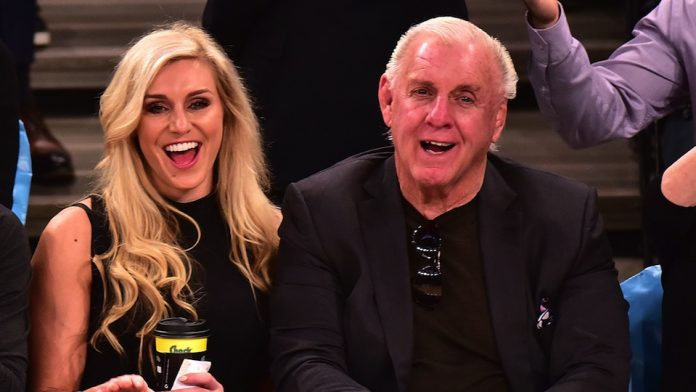 – Above is video from backstage at Tuesday’s WWE SmackDown with Charlotte Flair talking to Renee Young about how her father, WWE Hall of Famer Ric Flair, is doing after his recent hospitalization and surgery. Charlotte says these have been the hardest 2 weeks in her life but her dad is a fighter. She thanks everyone for their support and says it means a lot to her family, and most importantly to her dad. Charlotte says Ric has a long road ahead of him but the prayers & positive vibes are helping. She says she wouldn’t be at SmackDown if she didn’t think it was OK. Charlotte also talks about how being back with her friends, especially Becky Lynch, and getting back into the groove of things has helped her. As noted, the dark main event after last night’s tapings saw Charlotte lose to SmackDown Women’s Champion Natalya after the champ used a handful of tights on the roll-up.

– WWE has a new poll asking fans who they favor in next Tuesday’s SmackDown match to crown a new #1 contender to WWE Champion Jinder Mahal. As of this writing, 55% voted for Shinsuke Nakamura while the rest voted for Randy Orton.

– After much speculation, we now know that the leg injury to TJP was not a legitimate injury. As seen below, TJP got physical on this week’s WWE 205 Live episode and it looks like the rubber match with Rich Swann will be happening soon.

Abandoning a crutch while recovering from an injury? @GottaGetSwann is NOT buying it, @MegaTJP! #205Live pic.twitter.com/4y0r5A86zx