In an interview with BleacherReport.com, Tommaso Ciampa talked about his empty arena match with Johnny Gargano which airs on tonight’s episode of WWE NXT:

“I remember doing DIY and just badly wanting to steal the show at TakeOvers and badly wanting it to be our turn. We want to be the main event. Guys would get taken over to Raw or SmackDown. You’re like, ‘Man, we’re close.’ TakeOver New Orleans was the first time we main-evented, and the mentality every TakeOver was to hit a freaking home run. Now this is a whole different set of circumstances. It’s a whole different situation. I know, for me, when I’m told, ‘all right, we’re going to be doing these shows with no crowds,’ I’m very competitive. Because I hear that, and I’m like, ‘we’re going to have the best freaking no-crowd match that anyone has ever seen in their lives.’ That’s what I want for all of them. You know what I mean? Like the Performance Center brawl, I want this to be remembered with all the best brawls of all time.

I know that there’s got to be people out there worried or thinking ‘is it the right call or not?’ When people watch the final product, they’re going to be ‘damn it, they pulled it off.’ The room was empty aside from a couple of cameramen, myself and Johnny. But the passion’s going to freaking come through on camera because we just gave it everything. We gave it our bodies, we gave it heart, soul, the whole thing and it’s five years. This is a proper payoff. I’ll stand by it forever. This is a proper payoff for five years, crowd, no crowd. The people who watch this at home, they’re going to be captivated. They’re going to be sucked in, and I think they’ll feel like they were part of something special.”

“Everything that we’ve done over the last five years literally boils down to both of us saying, ‘I want to be the face of NXT.’ If you break everything down, it’s two dudes who came in without a contract, worked their butts off, got all the way to the tag team titles, to the main event scene, to the NXT title. And after all of that, it wasn’t enough. The face of NXT. That’s what Johnny Gargano wants. That’s what Tomasso Ciampa wants. It’s captivating stuff to me. I think when people look back at this years from now, that’s what people are going to feel. Like, ‘oh man, we’ve watched this thing unfold, and there’s just so many story points to it, so many nuances to it.’

We try really hard to never forget anything. I’d never want a fan who is completely invested to feel like I dismissed his thoughts or how they feel. I always want them to appreciate that we care enough, that we’re putting in the thought process and all the effort forth to make sure nothing’s forgotten. What happens Wednesday night, it’s so freaking heartfelt. It’s so much. It’s intense. It was physical. A couple of weeks removed, I’m still healing, still recovering. We tried really hard. If this is the final chapter of a five-year story that a lot of people have been invested in, we did not want to let them down, and I don’t think anyone’s going to feel let down at the end of Wednesday night.” 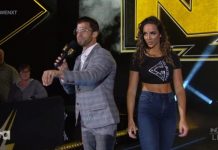 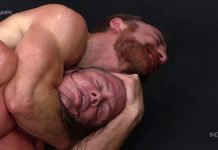 WWE PWMania.com Staff - 05/27/2020
WWE had been planning a Bayley vs. Sasha Banks match for this year's Summerslam PPV in Banks' hometown of Boston, according to Louis Dangoor...

WWE PWMania.com Staff - 05/27/2020
Regarding Rey Mysterio's "retirement" segment that was announced for next week's RAW, there is speculation that Mysterio's son Dominik could make a return to...

WWE PWMania.com Staff - 05/27/2020
Dave Meltzer of F4WOnline.com recently discussed Apollo Crews winning the U.S. Title on RAW. Meltzer talked about how he doesn't have much confidence in...

WWE PWMania.com Staff - 05/27/2020
We have a spoiler from next week’s taping of Monday Night RAW. At the taping, Kairi Sane was reportedly busted open during her match...

Videos PWMania.com Staff - 05/27/2020
During a recent interview with “The Angle Podcast”, Rob Van Dam commented on how political WWE is backstage, turning down Triple H’s offer to...