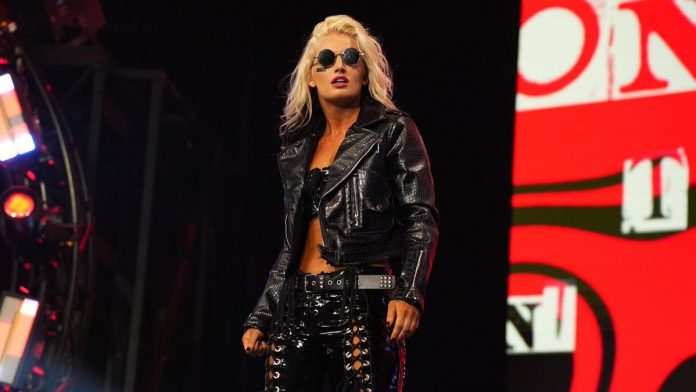 Toni Storm discussed her early WWE days in a recent interview with The Ringer. Before joining NXT and the main roster, the current AEW star worked on the NXT UK brand.

Storm said, “NXT UK was honestly something so special,” Storm said.” The experience I gained from that was unbelievable. The coaches that I got to work with in the [NXT UK Performance Center were] amazing and it was a really good and unique introduction to WWE for me … I got to train with Johnny Saint, I got to train with Robbie Brookside, and Johnny Moss, and James Mason, and it was really wonderful.”

“It doesn’t matter what company you’re with. When you’re a champion, you’re the leader of the division, the company, and a lot is expected of you. A lot is asked of you. You’re the guy that everyone’s going to turn to, and you have to lead by example.”