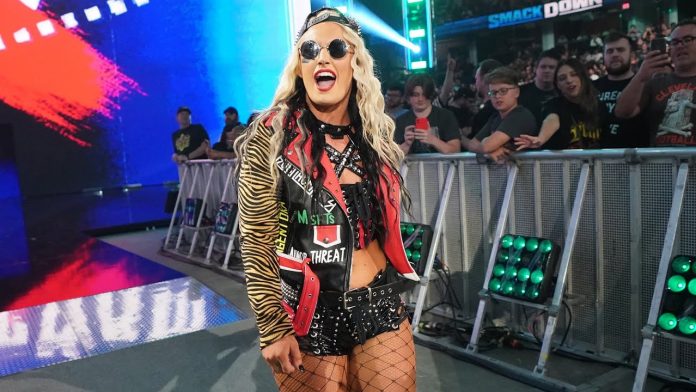 Toni Storm recently spoke with AEW Unrestricted about being a part of the Owen Hart Cup and more. Here are the highlights:

Thinking she was done with wrestling after her WWE run was over: “There were moments, at first, definitely. I was like. ‘Oh, well this is shockingly terrible. I am gonna leave forever. This is me done.’ Then it didn’t last long because I quit, left, sat on it for a while. You get that wrestling itch. I’m one of those, I’m a lifer. I’ll probably be around until I’m old as hell and probably have kids that wrestle. I’m here for life. What else am I gonna do? I don’t like anything else. I never showed an interest in anything else whatsoever, so yeah.”

Being part of the Owen Hart Cup: “Yeah it’s incredible being part of. To be [in] first round, me and Jamie Hayter, I was definitely feeling the pressure. Like setting the standard of, ‘We really gotta have a good match here because it sets the tone for the tournament going forward.’ But I had a great time winning. I feel like every match that I’m having here so far is just kind of reigniting that passion more and more. More than I thought possible.”