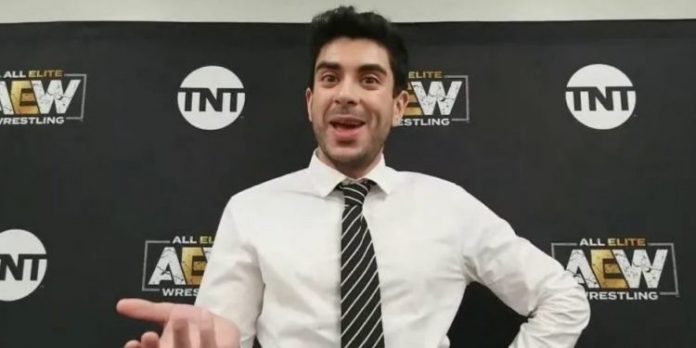 AEW President Tony Khan discussed AEW’s television viewership and the company’s relationship with Warner Bros, during an interview on the Sports Media with Richard Deitsch podcast.

“We receive ratings reports from Warner Bros. Discovery. For me personally and for AEW as a business, the most important metric is the metric that our network bosses value. In this case, Warner Bros. Discovery puts a high emphasis on the 18 to 49 demographic. Every viewer is very important. The one thing that they focus on at the very top, the top line of the report, is overall 18-49 people and AEW fairs very well. It’s often the number one show on Wednesdays, and we’ve ranked at or near the top on Fridays as well.”

“I’m very excited because we’re at The Forum next week. I’m really just honored, and it’s a great privilege for us because a lot of the top executives from Warner Bros. Discovery are going to be at The Forum. We’ve got a sold out show. We got a ton of fans coming. We’ve opened up more seats. It’s one of our biggest crowds at one of the biggest sports markets in the world and some of the greatest wrestling fans. It means a lot to me personally to be in The Forum to begin with. But I can’t tell you what it means that a lot of the top executives from Warner Bros. Discovery are not only coming to the show, but they’re throwing a great event for us afterwards in The Forum. It means so much that they would come to the show, but also a lot of the top executives in the Warner Bros. Discovery family are going to have an event with us with a lot of the people in AEW. We’re going to hang out and that means the world to us and getting to know each other better. They’ve been so supportive and great coming in. It means so much to us to be working with the largest producer of content now, after this great merger, Warner Bros. Discovery, the biggest in the world.”