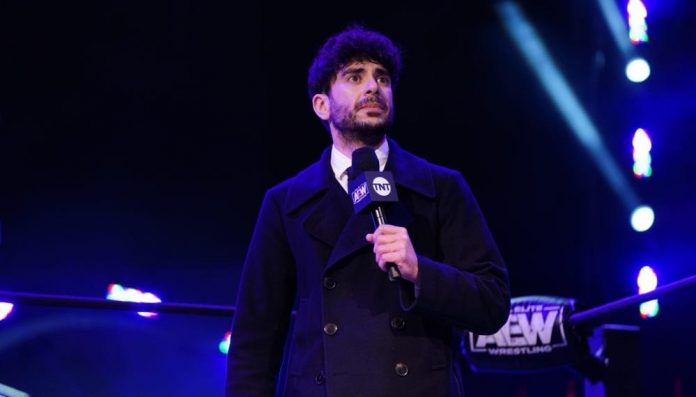 AEW and NJPW have been working together since the launch of All Elite Wrestling in 2019. AEW has allowed its wrestlers, such as Chris Jericho and Jon Moxley, to work events in Japan for NJPW.

They recently collaborated on a show called Forbidden Door, which took place in June, and it is expected that AEW stars will participate in NJPW Wrestle Kingdom 17, which will take place on January 4, 2023.

During an interview on Wrestling Observer Radio, Tony Khan discussed the difficulties that AEW talent faces when traveling to Japan for events there.

“One challenge this year that we’ll have to keep an eye on is the Tokyo Dome is on a Wednesday. That hurts you on Friday because you can keep Wednesday strong but you lose four big stars and that can hurt you on Friday. I really want to rebuild Friday. I’m not thrilled about it, but I’m gonna do my best to support them because they are our partner, but I also can’t send everyone over there. If it was the weekend, I’d send the house because that’s the kind of partners we are. It’s a really great relationship because we already have gotten to talk about that, but we have to do Dynamite and a good chance that maybe Rampage will be taped that day,” he said.