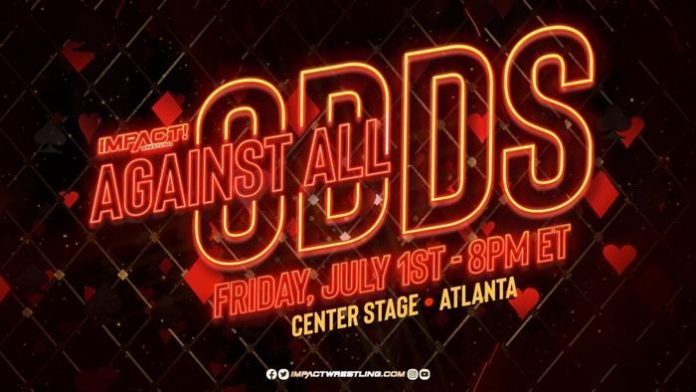 The major 10-man tag team battle for the upcoming Against All Odds event in Impact Wrestling has been changed.

James Storm, The Briscoes, and Impact World Tag Team Champions The Good Brothers were the original opponents for Honor No More (Eddie Edwards, Matt Taven, Mike Bennett, Vincent, and Kenny King) at Against All Odds. However, after the six-man match on Thursday’s show, Impact created an injury angle in which Honor No More eliminated The Briscoes. Storm, Doc Gallows, and Karl Anderson must now find two partners to team up with against Honor No More as Scott D’Amore later announced that The Briscoes will not be cleared to compete at Against All Odds.

Who will collaborate with Storm and The Good Brothers is still unknown.

In related news, Impact has announced an Against All Odds match between Mickie James and Mia Yim vs. Chelsea Green and Deonna Purrazzo.

The 2022 Impact Against All Odds event will air live on Friday, July 1 from Center Stage in Atlanta, GA.  The event will be broadcast on Impact Plus and YouTube for Ultimate Insiders subscribers. The updated card is below: