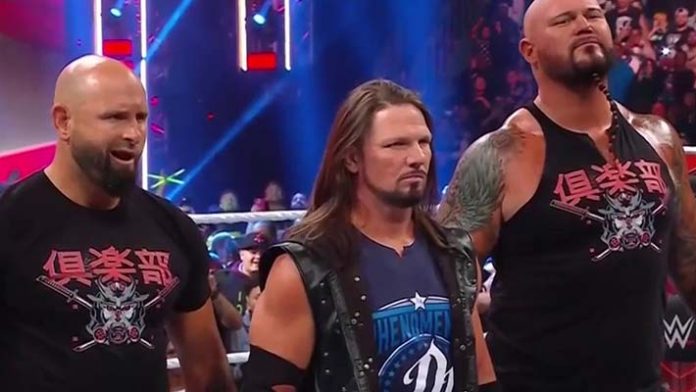 The fallout from Extreme Rules. Big show for RAW this week with the season premiere. Another Brock Lesnar return coinciding with the U.S title change. Smackdown gave us the main roster debut of LA Knight as well as Rey Mysterio now being transferred to Smackdown.

With the next PPV being Crown Jewel. Very predictably Brock is back and is targeting Bobby Lashley. Who ended up losing his United States title to Seth Rollins after Lesnar gave Lashley two F5’s, and locking him in a kimura lock, taking out the arm. Rollins comes out after and goads Lashley into defending the title. Rollins needed to hit a few big moves to put him away. Eventually Rollins did get the pin and won his second U.S title. But this is setting up to Lashley vs Lesnar 2. A rematch from the Royal Rumble this year. No i am very glad there is no world title involved. But I do hope that we get more of a match that we can get between those two. Because they can go in the ring with their wrestling/MMA backgrounds.

The Bloodline dissension continues between Jey Uso and Sami Zayn. On RAW it was Jey who cost Sami his match against Matt Riddle. Though Sami said he can win on his own, Jey refused to help out after Sami persisted that comment. So once again, it ends up as Jey costs the Bloodline a win, and his hot headed nature screws things up. The continuous question is, when will this whole dynamic flip?

The OC is back on RAW. AJ Styles has been teased to join Judgement Day in recent weeks. AJ comes out after a Judgement Day promo. Looks like he’s about to join. Finn and AJ embrace. Then the music of Anderson and Gallows hits. Soon a brawl between The OC and Judgement Day ensues. So this is obviously leading to a match between the two factions. But this is a fantastic return for a couple of reasons. One, this is another tag team in the division, and a credible team at that. Two, they will be booked much better than they were under Vince. Looks like Crown Jewel will be the place of this 6-man tag.

Rey Mysterio has now been moved to Smackdown. After showing up in the backstage telling Triple H he wants to quit after all that he’s been going through with Judgement Day and his son. In the main event, a fatal four way was held to determine a number one contender for the Intercontinental Championship. It was Sheamus, Ricochet and Solo Sikoa. Karrion Kross was advertised for the match but was taken out by Drew McIntyre at the top of the show. Rey Mysterio was the replacement and ended up winning the match and is the number one contender for the Intercontinental title. The match between Gunther a Mysterio is a match I am very much looking forward to, should be fantastic. This move also keeps Dominik away from Rey for a while if they want to elongate this feud until Mania 39.

Legado del Fantasma and their in-ring debut on Smackdown. Very quick match with Hit Row. Cruz del Toro and Joaquin Wilde took Top Dolla out very quickly. Legado looked good out there and it looks like hopefully they get a decent push. Once again, it is another tag team. The tag division is getting very good right now and could be even better if the RAW and Smackdown divisions get merged.

LA Knight made his main roster debut beating Mansoor. Quick match though it should’ve been Knight getting the whole match but it is what it is. Post match is where we find out that Knight will go forward as a heel. Which should be fantastic. Don’t know what could be next for LA Knight. But it’s exciting to have a top level heel like this on Smackdown that could be a great dynamic against a babyface. Best part is Knight can play either role very well, heel of face. So this should be very exciting.

Bray Wyatt made his return to Smackdown. He cut a promo as really himself. It was fantastic and it seems like this promo was given so he could say thank you to the people that supported him as well as the crowd in a setting like this. He was interrupted by the figure in the mask that we have seen before in the vignettes. The show went off the air with a wonderful cliffhanger. Where this goes, who knows. All I can say is I’m definitely along for the ride.