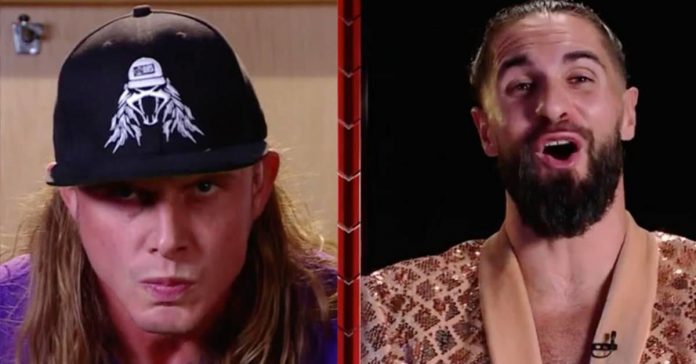 With the go home shows for Clash at the Castle now in the books, we are now less than 24 hours away from the PPV. On RAW it was a fairly mediocre show, the Women’s tag team titles were decided. On Smackdown, Once again it is the main event build with Drew McIntyre and Roman Reigns that was the main talking point.

So the Women’s tag team titles were decided. Aliyah and Raquel Rodriguez won the titles. Now originally I thought this was insane, however, it does seem they pinned the wrong woman as Iyo Sky was the legal participant. Aliyah pinned Dakota Kai. The outcome of this was shocking but now after how it happened, I can see why they might do it this way. It could lead to a Sasha & Naomi return, because I believe they will return at some point soon. Regardless I think the situation will be brought up and the titles will switch hands whenever the rematch happens.

Matt Riddle and Seth Rollins had a phenomenal sit down interview on the show. The first part that was aired, was great by itself. Then after that, they showed more footage of when the official segment was over. Rollins comment about Riddle’s ex-wife and kids set him off, dropping f-bombs on Rollins. This was incredible, we finally got to see the serious side of Matt Riddle, it was just awesome, and the decision to delay this match from Summerslam was a brilliant move looking back.

The Usos showed up on RAW this week. Once again Sami Zayn is with them. Now things got interesting when we finally got an interaction between him and Kevin Owens after he came out to interrupt. Owens literally came out and said that The Bloodline don’t care about him, and while he is right, Sami does not see it that way. So now we have Kevin Owens inserted into this dynamic the way we expected, and we could be seeing end of Sami Zayn as the “honorary uce” in The Bloodline. As I have said previously, I think we see Owens and Zayn team up and take the tag titles.

The big thing on this weeks Smackdown was the final build towards Clash at the Castle for their big main event match. There was a this celebration of Roman’s huge 2 year run as champion. Roman is shown coming into the arena before he was attacked by McIntyre who hit him with a Claymore kick. Drew comes down to the ring and takes out The Usos and Sami Zayn, stands tall to end the show. Like I said last week, it is hard to see Drew losing at the PPV. But I think it is the right time to have the titles change hands, because at this point, with all the build up, the trigger should be pulled on a McIntyre win.

The in-ring debut of Karrion Kross. The whole presentation is fantastic, from his entrance, to his look and just the way he carries himself. He destroyed Drew Gulak in a squash match. Now where he goes after the PPV is the question. He continues to mention Roman and Drew in his promos, so if he goes after either one of them, he will need a win and I don’t know if that would be possible against either man whatever happens coming out of the PPV.

Baron Corbin continues his losing streak. This week he issued an open challenge which Shinsuke Nakamura accepted. Corbin loses again but after the match he was walking in the backstage area when we see a limo with horns on the front of it show up. This only means one man and that is JBL, so the door opens and JBL invites Corbin in. The limo drives away with the two of them in there. I don’t know where this goes but maybe this can bring out a different side of Corbin. An aggressive side we have not seen in a very long time from him.