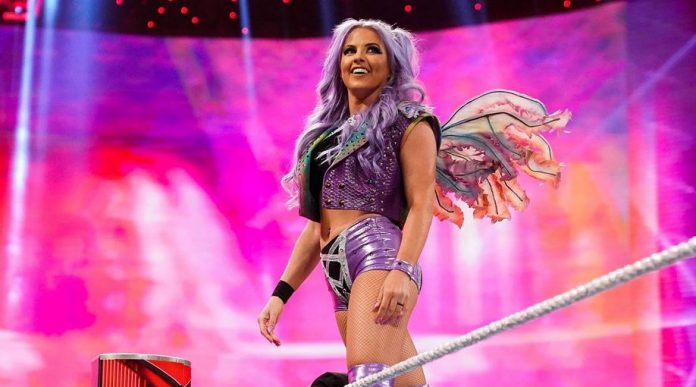 The last shows for WWE before the season premiere of both RAW and Smackdown. RAW was good and Smackdown was solid with Extreme Rules getting ever closer. Sheamus and Gunther continued their fantastic feud going into their Intercontinental title match on next weeks show. RAW had a big debut in the wonems’s division. There was however, a big thing that continued on from last week over both shows.

The Bray Wyatt teases continue across RAW and Smackdown. With the QR codes flashing up on the screen during the show. Signs being shown on the hard camera. It gets more intriguing by the week. Now these teases are obviously for Bray Wyatt. They are so creative it can’t be anyone else. But it can not be ruled out that he may have a group formed by the time he reappears on WWE television. With Extreme Rules only just over a week away. A return for Bray seems likely when we get to the PPV. The question is who will he target and why? Is The Bloodline a possible target and could it lead to War Games? After all Roman’s historic run did start at the expense of Bray Wyatt.

Edge has returned once more. I thought he might be out until Survivor Series but obviously that is not the case. Which is more than fine. His return came after the main event. Matt Riddle beat Damian Priest. Judgement Day rush Riddle, attacking him. Until Edge comes out and chases them away. It will be an “I Quit” match at Extreme Rules between Finn Balor and Edge. I believe this will be the curtain call on this feud. Where I think Edge will triumph and move on possibly. Rey will probably stay feuding, along with Riddle after Extreme Rules. AJ Styles looks to be the other man thrown into this feud. I can still see this resulting in a match at Survivor Series though.

Another addition to the RAW women’s division this week. This time a returning Candice LeRae. She had a quick match with Nikki ASH. But a solid addition and looks like she will be getting involved in the feud between Damage Control and Bianca, Alexa and Asuka. Siding with the babyfaces. I could see this resulting in a War Games match. We’ll see where this one goes though. During the aftermath of the match. Nikki took off the mask she wears. I really hope this represents the character change back to Nikki Cross like she was with Sanity, back in NXT. That kind of presence is sorely lacking on the main roster and would be a phenomenal addition.

Sheamus and Gunther continue their great rivalry. Imperium were out in the ring. Sheamus ends up interrupting them. No Ridge or Butch this week. But Sheamus went out there and took on three guys at once. First taking out Kaiser and Vinci with a shillelagh. Staring down Gunther in the ring as they begin to brawl it out. Kaiser and Vinci get back to the aid of Gunther and hold Sheamus in the corner. The chops that this man delivered to Sheamus were brutal. They end up walking away before Sheamus asks for more. So they eventually took him down. But this really puts over Sheamus as a tough guy that is willing to take a beating. Really good stuff and can not wait for the match next week.

The heat between Jey Uso and Sami Zayn continues to rise. This time in the backstage area. Jey said he sees through Sami and what he’s doing hanging around with The Bloodline. Sami points out his shirt he received last week. Told Jey to take it up with Roman. Really fantastic storytelling here. This will make it all the more disheartening when the inevitable beatdown of Sami Zayn occurs. I could see this all coming to a head at Survivor Series. He makes the one mistake that costs The Bloodline a win. Then it happens. Kevin Owens will then come to his best friends’ aid. It writes itself. Not to mention we got another small tease between Owens and Zayn in the backstage area. Owens told him he should change his shirt. That will come into effect later down the line.

Solid week for both shows. The storytelling in the past couple of weeks has been really good. I look forward to seeing the season premiere of both shows as well as Extreme Rules next weekend. Hopefully there are some major changes to sets, music, etc for the shows this upcoming week.