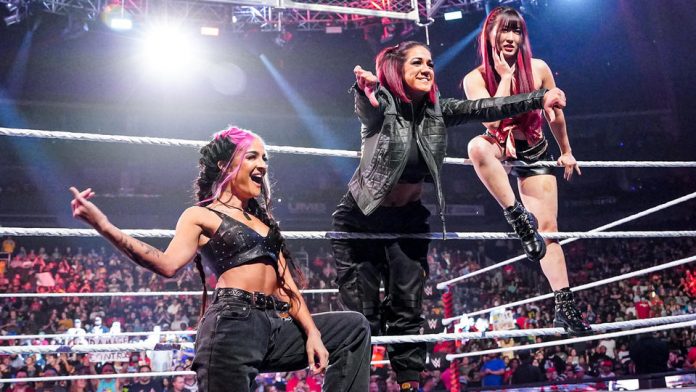 The fallout of Clash at the Castle this week. RAW was alright for most of the show. Smackdown was largely positive though. Both shows gave us some build to Extreme Rules next month. Karrion Kross continues attacking Drew McIntyre on Smackdown while on RAW Dexter Lumis screws Miz out of the U.S title.

The United States Championship continues to get love on the show. Bobby Lashley defended the title in a steel cage against The Miz. But as Miz was climbing out of the cage, Dexter Lumis appeared from underneath the ring. This scared Miz to the point where he got back into the ring. Lashley retained the title. After the match Miz tried to get out of the ring, Lashley stopped him from getting out. While this happened, Dexter Lumis climbed the cage, got into the ring and choked Miz out. I think it is now time this story goes into the next gear, and hopefully we get an answer as to how Lumis is getting into the building. Could Tommasso Ciampa be the one causing this?

Dominik is now a part of Judgement Day. He looked very good alongside them. But Edge now wants revenge on him for what he did after the tag match at Clash at the Castle. So Edge and Dominik will have a match this coming week on RAW. This should be interesting, especially with the Rey factor. The story is moving along and this may end up going all the way to Survivor Series. In possibly a father vs son match. During the show it looked like Edge was being written off TV but no.

The women’s tag team titles will be on the line this coming week. Damage Control are getting their rematch on RAW. This should definitely be a title change with Dakota Kai and Iyo Sky winning the titles. Kai and Sky should’ve won the titles last week but it looks like the right result will happen on RAW this coming week. Whether any of this is being done to set up the return of Sasha Banks and Naomi, we will see.

Solo Sikoa is officially a part of The Bloodline. The Usos and Sami Zayn announced him early in the show. He came out and looked good. McIntyre then came out shortly after and Solo Sikoa stood his ground to Drew while everyone else ran out of the ring. This then set up a match between the two in the main event of Smackdown. This was a solid match, and Sikoa held his own in the match nicely. The match ended in a DQ though courtesy of Karrion Kross. I think this addition will give The Bloodline more longevity after maybe feeling somewhat tiresome. But very good stuff.

Drew McIntyre was cost his match by Karrion Kross. This is obviously the direction they are going with Kross. The feud that has been teased for weeks, is going to happen. This will probably end up in a match at Extreme Rules. I am excited to see where this goes because Kross is great and his presentation is just perfect right now. But I could see McIntyre losing the feud and then developing more of a ruthless persona. Personally I would like to see that.

Imperium are back and looking fantastic. They got a win over the Brawling Brutes. The Sheamus and Gunther confrontations in the match were fantastic. They didn’t give away too much of another tease for a rematch. Sheamus is now getting himself over as a babyface seemingly, and if this momentum continues, do a rematch at maybe Survivor Series. Gunther wins that match. Then you can have Sheamus build back up to another match at Wrestlemania 39, where Sheamus takes the title from Gunther. I just think it would be an incredible story for Sheamus, especially if he were to win the one title that he hasn’t held. It would be a great moment I think.

Solid week for WWE as the fallout from Clash at the Castle continues. RAW should be better this week and the continuation of The Bloodline storyline on Smackdown is the most interesting story WWE has going at the moment.