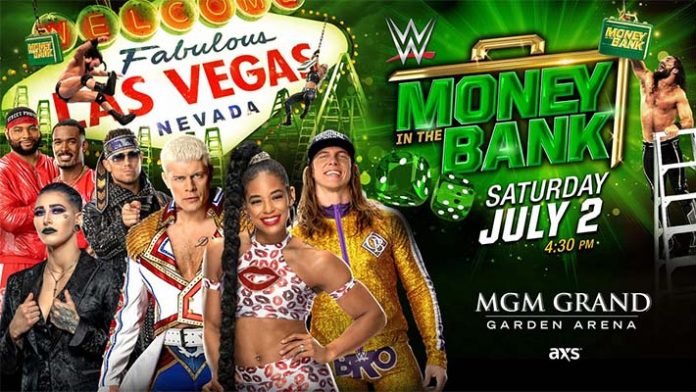 Several top WWE Superstars have been removed from the promotional material for the 2022 Money In the Bank Premium Live Event.

As PWMania.com previously reported, Money In the Bank will be moved from Allegiant Stadium in Las Vegas to the MGM Grand Garden Arena, which is only across town. Saturday, July 2 is still the scheduled date for the event. Click here for more information on the new on-sale tickets and WWE’s announcement.

An updated promotional poster for Money In the Bank was included in WWE’s email to ticketholders to inform the change. However, several key Superstars were pulled from the graphic. 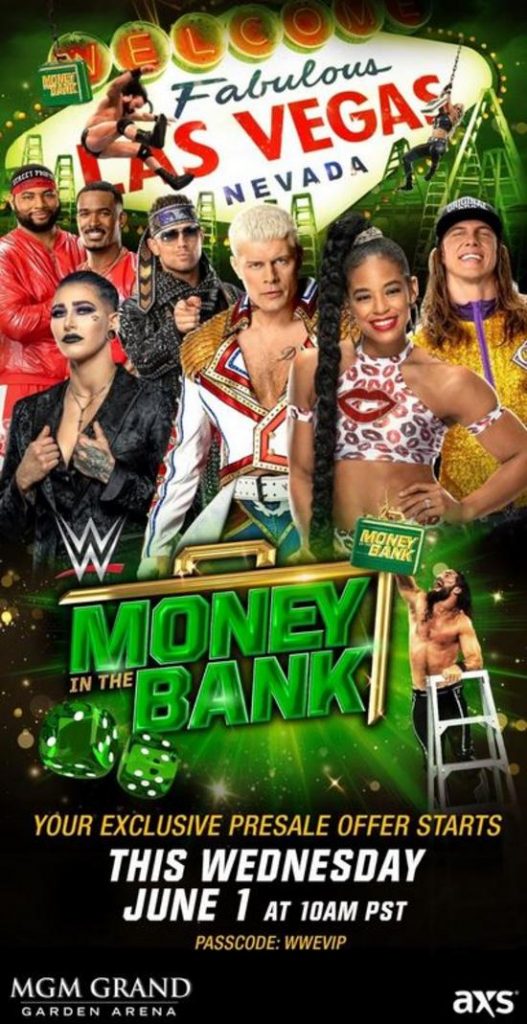 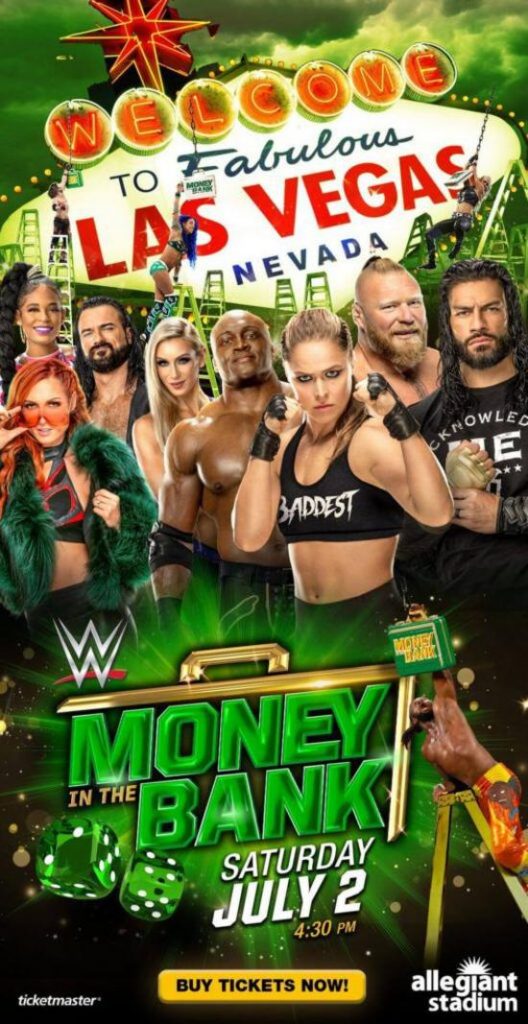 Reigns, Lesnar, Rousey, Flair, Lynch, Styles, Banks, Lashley, and Kingston, are stars who have all been removed from the new poster. There’s no news yet on what this means, if anything, for the upcoming card event.

The 2022 Money In the Bank Premium Live Event will feature the men’s and women’s MITB ladder matches, but WWE has yet to announce any official Money In The Bank matches. Riddle vs. Reigns for the WWE Universal Championship is also speculated but not confirmed.