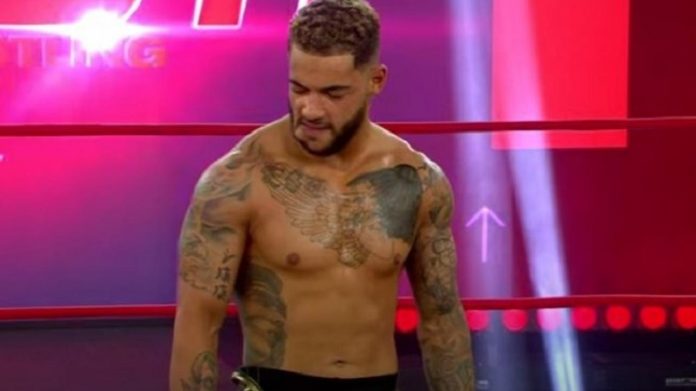 Miguel had the most amazing night of his career at IMPACT Wrestling’s biggest PPV of the year, Bound For Glory, in 2021.

Winning the X Division Championship in a triple threat match against El Phantasmo and Steve Maclin meant Miguel could now be placed alongside major names such as AJ Styles, Christopher Daniels, and Samoa Joe as champion in one of the sport’s most prestigious divisions.

With BFG 2022 on the horizon, we got a chance to speak to Trey about his moment last year, his time in IMPACT wrestling, and love for the promotion as well as what 2022 and beyond has in store for this member of The Rascalz… 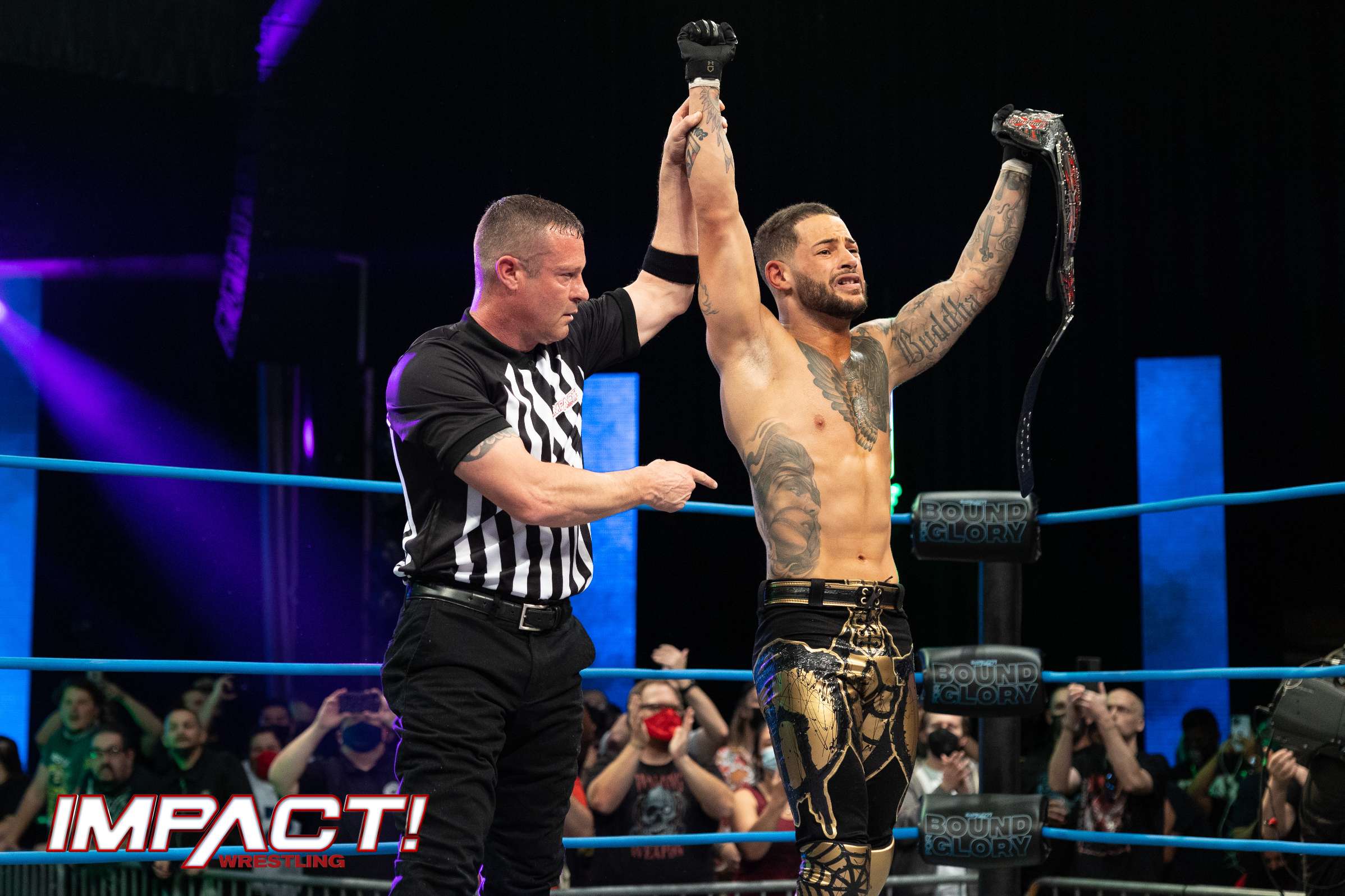 Bound For Glory 2021 was an amazing night for you. Tell us your memories about it all…

“Man, I remember having this weird thought in my head that if I won the belt, would I be that emotional. I had never won a title at IMPACT Wrestling, so I was ultimately nervous about the reception if I were to win.

“It felt so good that the fans were as excited as they were when it did happen. I remember thinking what I would immediately do to hear The Rascalz bong rip happen and have it followed by the music and have Dez and Zach out there with me.

“They were the first people I called when I got to the back. One of my students was the first face I saw when I got through the curtain. He was there to congratulate me and I cried and let it all out as we hugged. Then I laid down in the locker room, put the belt on my chest, and took a picture. I couldn’t even call Zack first, he was calling me, then Dez and we just had a moment. It was the best.” 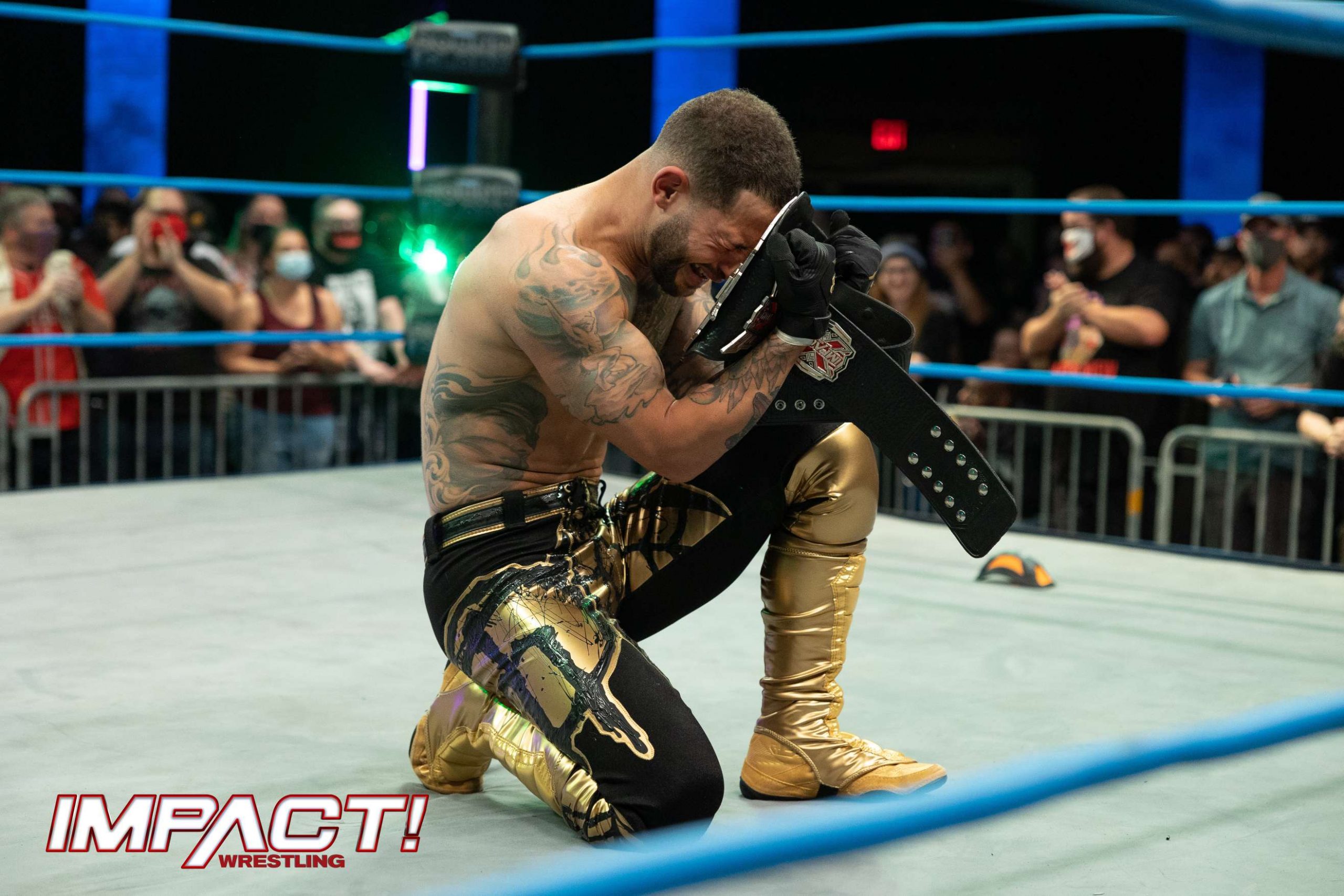 Are you proud of that match?

“I’ve watched that match back and there is nothing I am upset about it. Everything felt like it needed to be. The one night I needed a perfect match, it happened.”

You defended against some solid names such as Rocky Romero, Steve Maclin, and Laredo Kid. You even retained the title in an intergender Ultimate X match. How would you sum up your reign?

“I think I had a pretty unique reign as champion, I wasn’t put into a position to defend it against so many competitors that you would usually associate with the X Division style. Steve Maclin was one of my biggest defenses, he was a wrestler that came into IMPACT that many wouldn’t expect to see within the X Division, with Jake Something being another one in that category.

“They gave me an opportunity that was a little tricky but it was great fun to show how far we could take these matches that compliment the X Division but also took them in different places.

“I never thought I’d get the chance to defend in the first intergender Ultimate X which was a great thing to do. I’ve participated in some of those matches but to defend it on such a big stage at IMPACT’S Multiverse of Matches and under those circumstances was cool, to retain it was even cooler.”

“When I was a fan of IMPACT Wrestling before I ever joined the promotion, I was a fan of the X Division and the fact that champions would defend against opponents who weren’t always necessary signed to the company. So you would see guys from CMLL, AAA, ROH, someone well known from the independent scene. You were exposed to popular names that weren’t part of IMPACT and it meant every week, there was a real excitement behind the division.

“The Ultimate X match put me in that scenario as we had competitors that weren’t part of the company. Blake Christian, for example, was one of them. That very day, he had wrestled for IMPACT, ROH, NJPW, and GCW. It was great to be tested against these solid names and was a match more in line with what I expected to be part of when becoming champion.

“I know I’m tied 5th for longest reign with Christopher Daniels. I found that out the night I lost the belt. So, I’m with good company.”

You lost the title after 182 days to Ace Austin during a triple threat with him and Mike Bailey at Rebellion. How did you find your final match as champ?

“Although sad, it was cool as with Ace Austin, we trained together, wrestled many times together before either of us got to IMPACT. We joined within 3 months of each other and quickly got into a program. Through that program, I think we became better wrestlers coming out of it.

“We go our separate ways and then come back after having different feuds and learning from great wrestlers, bringing all we’ve learned to our next set of matches. It’s refreshing to be in there with someone you have great chemistry and history with and are able to up your game and elevate each other.

“Then, we throw Mike Bailey into the mix, who we didn’t know much about but he came in and shook up so much shit, bringing us up even further. Even when you think you’re at the top, you can always get better and I think that’s what happened here.

“The same with Laredo Kid, I can’t say how much of a better wrestler each time after I wrestle him.” 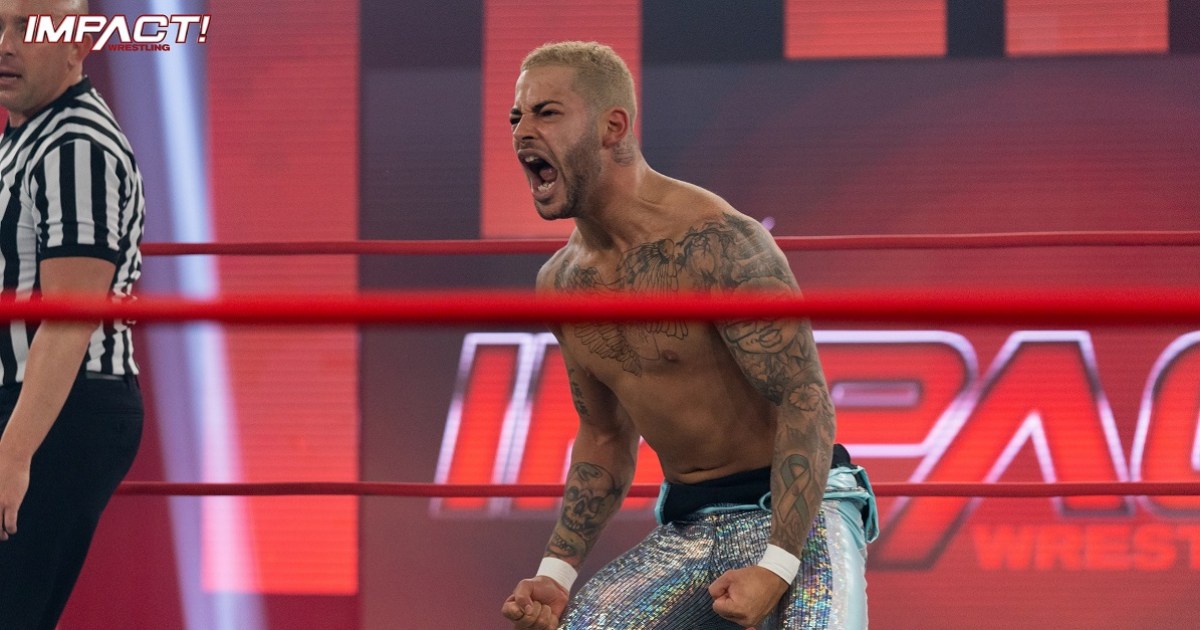 Are you enjoying your time in IMPACT and where do you see yourself for BFG 2022 and beyond?

“I love IMPACT Wrestling. It has given me the platform to become me. I didn’t have a great sense of who I was before, but they have a great creative team, guys like Jimmy Jacobs, Tommy Dreamer, D’ Lo Brown who recently left, Lance Storm, and an array of talent who help you come up with things you wouldn’t even think of. They have really helped me come into myself.

“The equity I have now as the entity, or as Trey Miguel or Spider Trey, however, I present myself, it is all because of IMPACT. They have a big place in my heart and they helped me find myself.

“As for going forward, I don’t have a big idea for what I’ll be doing at Bound For Glory. I’m really excited about the card and I want to be on the show. I’m confident I will be, whatever my match may be. I’ll be there either way and I have some cool gear ready for whatever I will be doing, you know, I have to come correct for this big show.”

As a fan of IMPACT, what would you say is one of your favorite matches from the company’s history?

“My favorite ever match as a fan is Samoa Joe vs Austin Aries from Slammiversary X, that match is amazing. The coolest thing about that match is that it happened in the building I had my first match for IMPACT. So it holds a lot of good memories.

“I remember turning up that day with so many choices, a lot of hope, anxious thoughts and a lot of questions, so much aspirations and you have no idea what’s ahead of you. Is this going to go good, is this going to go bad, are they going to like me?

“But to walk in there and 3 years later, without my brothers, The Rascalz, who I walked in there with and do it on my own two feet and win the championship. I don’t think I’ve ever felt so many emotions at the same time in my life.”

Do you have ambitions to tour the UK and beyond?

“I can’t confirm the dates but I am coming back to the UK in February of 2023. I will finally be back with The Rascalz and (laughs) I cannot wait to have some real Nando’s in my life again!”

Speaking to Trey Miguel, it’s clear to see the passion he has for IMPACT and the sport of Professional Wrestling. Whatever he may do on Friday’s solid PPV, it will be worth tuning into.

Bound For Glory’ will be available on Pay-Per-View in North America at 8pm ET on Friday, October 7 on – InDemand, DISH, DirecTV, Vubiquity, Rogers, Shaw, Sasktel, and around the world digitally via PPV.com and FITE TV