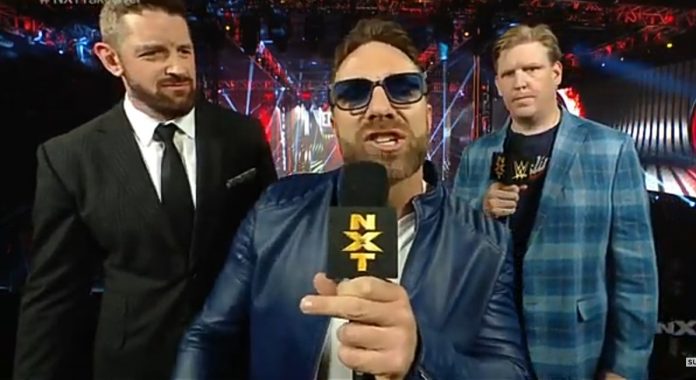 Triple H spoke with the media after tonight’s WWE NXT “Takeover: Vengeance Day” event and said he’s been a big fan of LA Knight (Shaun Ricker, fka Eli Drake), and knew that he would be great one day when the time was right to bring him back to the company. As reported before, the former Impact World Champion has signed with WWE. He made his NXT arrival during tonight’s Takeover Pre-show and put the whole locker room on notice, noting that he also has his eyes on any Superstar who is currently holding a title. Triple H was asked what went into getting Knight onboard, and what the ceiling is with him. Triple H responded by saying there is no ceiling when it comes to new talent.

“I don’t think that there’s a ceiling on anybody when they walk in the door here,” Triple H responded. “I kind of re-evaluate everybody, well, evaluate everybody, when they’re walking in the door. My hope is that all of them have the potential at one point in time to garner whatever they need to become as big of a performer as they can be here.”

Knight originally signed with WWE in May 2013 but never made it out of NXT, getting released in August 2014. He then had successful runs with Impact Wrestling and the NWA, until being quietly released from the NWA this year. Triple H noted that he’s been watching Knight and has been a fan since the beginning.

“I’ve been a fan of his since he was here the first time,” Triple H said. “And you know, there’s a lot of reasons on his side, and our side, as to why that didn’t work out that time, but I was a fan of his then, I was a fan of his work and his promo skills, and everything else as he went along his journey, and I’ve always thought when the time was right, he’d be great, and the time was right. Phone calls were made, and interest was on both sides, and it just went from there. It was smooth and easy, you know? He wants to be in a place where he can have the biggest platform in the world, and that’s here, and I want to give it to him. So we’re going to run with it and see where we can go, and there is no ceiling.”