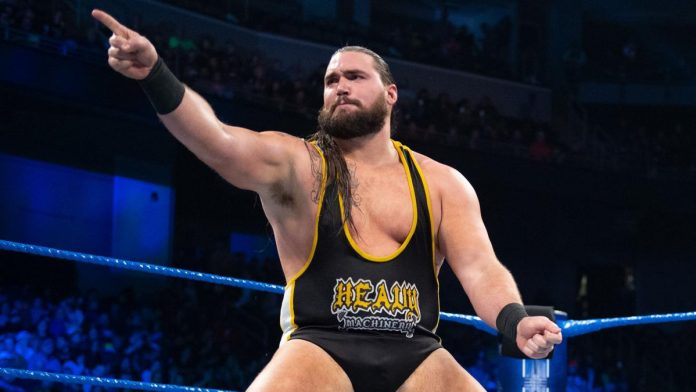 After initially making a few comments about his release from WWE on Twitter, Tucker provided a lengthier statement in a video that he published on Monday:

“I’ve had a chance over these last few days to do some reflecting. So I want to take this time to say thank you. Thank you to all of the men and women who made my time in WWE a more enjoyable experience, the men and woman of the locker room. So many incredibly talented individuals doing so many great things. I learned so much from you guys, and I appreciate it. And the men and women in the production side, behind the cameras, and the lights and the microphones and setting up and tearing down the rings, and the monitors. We truly would not have a show and it wouldn’t even be an ounce of what it is without all the time, effort and dedication that you guys put in, week in and week out, behind the scenes. And I learned a lot from you as well, so thank you.

To upper management, even though we maybe didn’t see eye to eye on everything, you guys gave me an opportunity to do something that I love and to provide for my family, and I’ll always be grateful for that. So thank you. And finally I wanna say that moving forward, I don’t know exactly what the future holds for Levi Cooper, but I do know this; I am infinitely excited to use the lessons and skills that I developed while in WWE over these last seven years and apply them to whatever it is moving forward.”