Thirty male Superstars from Raw and SmackDown LIVE will fight for a title match opportunity when the 2019 Men’s Royal Rumble Match takes place on Sunday, January 27. The winner of the massive melee will go on to challenge for either the Universal Championship or WWE Championship at WrestleMania 35.

After laying out Titus O’Neil with The Dominator at tonight’s WWE live event in Fort Myers, Florida, Bobby Lashley announced his entry into the Men’s Royal Rumble Match.

The other confirmed entrants are:

A tradition dating back to 1988, the Men’s Royal Rumble Match starts with two participants, and WWE Superstars enter the ring at equal intervals. This continues until all 30 Superstars have entered the bout. Elimination occurs when a Superstar is thrown over the top rope, and both of his feet hit the floor. The last Superstar in the ring will be declared the victor. 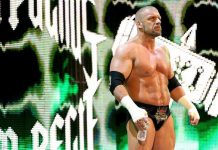 WWE Does DUI Storyline With Jeff Hardy On SmackDown

News On Impact Wrestling Tapings, Update On The North, Epic #1...