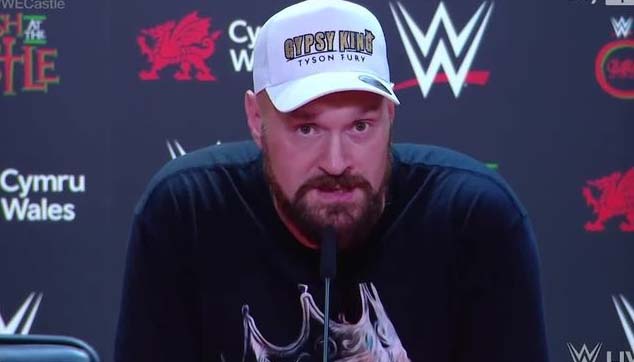 His most recent appearance was at the Clash at the Castle event, which took place in the United Kingdom. During the main event, he knocked Theory out with a punch as Theory attempted to cash in his Money in the Bank contract. In addition to that, he interacted with Roman Reigns and sang alongside Drew McIntyre after McIntyre was defeated by Reigns.

During an interview with Sporting News, Triple H shared his opinion that he thinks Fury possesses the capability of accomplishing something truly remarkable with WWE.

“I think Tyson Fury is chomping at the bit to get in the ring. The question is, which ring will he get into? Is it going to be the boxing ring, or is it going to be the WWE ring? We were just together in Cardiff. We had a long talk about it. He’s as enamored as ever in wanting to do this with us. I think he knows he’s got a few big fights left in him in the boxing world. I think he’s going to capitalize on those fights as you are hearing. Selfishly, I want him to come work with us. Also, selfishly, I want to see those fights. I hope he knocks those out, and I hope he stays interested because I do think with the dedication and the drive he has that he could do something special with us as well.”