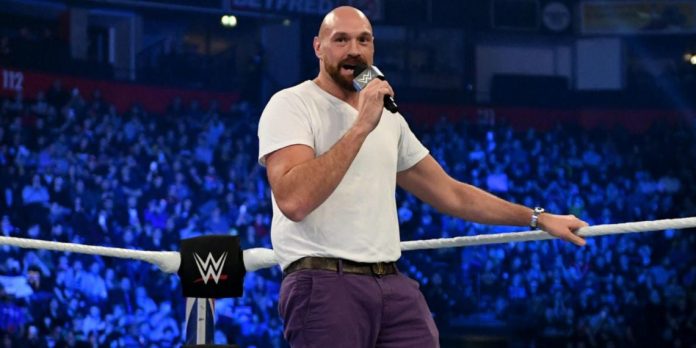 “The Gypsy King” is officially confirmed for the WWE Clash at the Castle 2022 special event this weekend.

We previously reported that boxing heavyweight champion Tyson Fury was expected to appear at the WWE show on Saturday in Cardiff, Wales. In an update, the top dog in the sport of the sweet science has been confirmed for the event.

“I’m really excited for the next WWE event at the principality stadium in Cardiff, Wales󠁧󠁢󠁷󠁬󠁳󠁿 this weekend,” Fury wrote in a post via his Instagram page on Thursday. “Drew McIntyre vs. Roman Reigns for the heavyweight championship. See you all there.”

Make sure to join us here at PWMania.com on Saturday for live WWE Clash at the Castle 2022 results coverage from Cardiff, Wales.

See ya there guys 👋 https://t.co/WHJDunwSh2