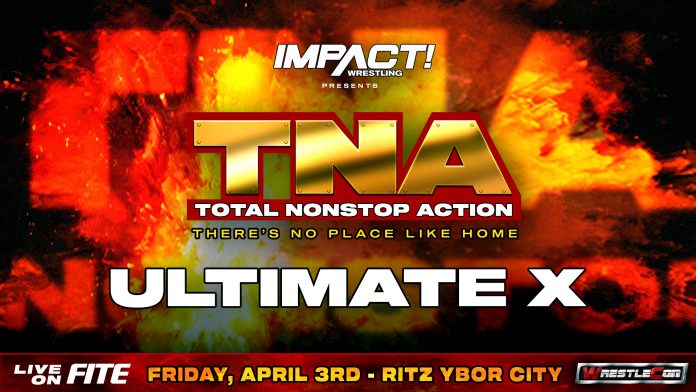 An Ultimate X match has been announced for the upcoming TNA-themed event from Impact Wrestling and WrestleCon.

As noted before, the TNA name will be returning for one night only during WWE’s WrestleMania 36 Week as WrestleCon hosts a special Impact event on Friday, April 3 from The Ritz in Ybor City, Florida.

There’s no word yet on who will be participating in the Ultimate X match. The current line-up of wrestlers for the event includes Disco Inferno, The Amazing Red, Petey Williams, Scott Steiner, Chris Sabin, and Aces & 8s, which will be represented by D’Lo Brown and Ken Anderson. There’s no word yet on other matches for the show, but we will keep you updated on the card.

Stay tuned for updates on Impact’s “TNA: There’s No Place Like Home” special event during WrestleCon.

BREAKING: The most innovative match in TNA history – the Ultimate X match – is returning at TNA: There's No Place Like Home on April 3rd as part of @wrestlecon in Tampa!