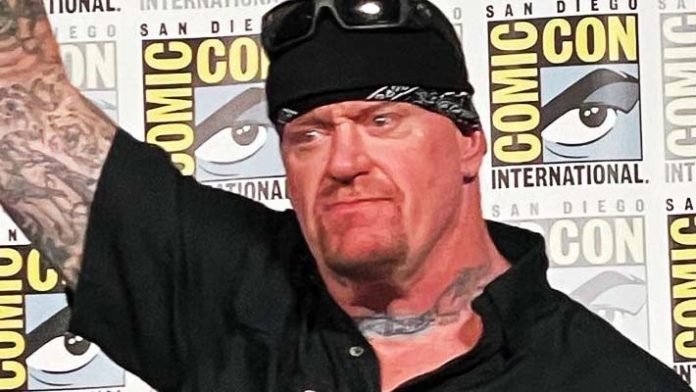 The San Diego Comic Con was a busy event for pro wrestling fans in 2022.

During this year’s WWE panel at the SDCC, a Hall of Fame legend known as The Undertaker made a surprise visit. WWE captured the unexpected appearance by “The Dead Man” at the festivities from earlier this week and have released the footage.

The video, which you can view below in its’ entirety in a 21-plus minute feature, also includes the Mattel Elite Squad reveals in a special presentation that included Sam Roberts.

Watch the Mattel Elite Squad reveals featuring Sam Roberts, as well as Undertaker’s pop-in at the WWE panel at the San Diego Comic Con via the video embedded below courtesy of WWE’s official YouTube channel.