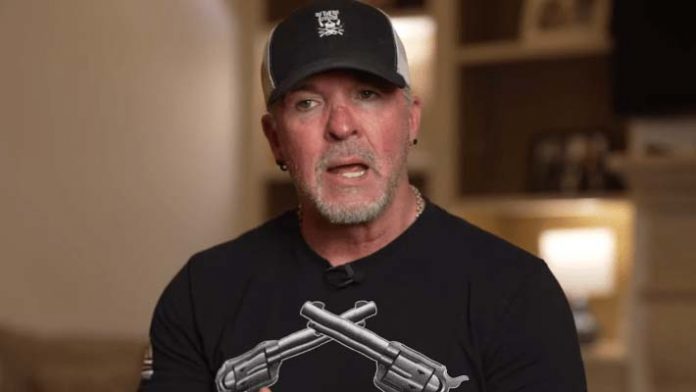 Former WWE/WCW star Buff Bagwell provided an update on his sobriety after a stint in rehab via the DDP Yoga YouTube channel.

Bagwell stated that before entering rehab, he was working on the “Change Or Die” project, which documented his addiction issues, but he wasn’t staying clean every day. Bagwell stated that when an intervention was done on him, he initially refused to go to rehab.

“I was staying clean Monday, Tuesday, Wednesday, Thursday and tell myself, ‘great job mark, that’s a great job and you were sober four days, you deserve three days off.’ That’s what the addiction tells you. So I of course dove into that. And it’s like, Hey, um, if I can be clean four days a week, I think I’m doing really good. And most people do. But then it started to kind of catch up with me. But then the show ended. And when the show ended — there was a leash on me with the show and the leash is now off. And now you got me out there in the world with only travel and home during the week was no leash and no accountability. On my own, I realized I was getting bad. I was lowering my pills but I didn’t really realize it until the class I’m taking now what I was doing, it’s called cross using. It’s not a gateway, it’s called cross. Which means if you lower something like I was lowering my pill intake, but I was raising my alcohol, again, telling myself, you’re doing better… you know, enter the intervention on me here four to five weeks ago. And like every other addict does, I was trying to get out of going, of course, I didn’t want to go to rehab…”

Bagwell said he was tired of “the chase” and he entered rehab on August 25th. Bagwell said, “I spent four weeks up there and it was the only rehab I’ve really taken completely 100% serious. And I’m going to get 100% out of it on this one and already have so far and I’m going to continue. This is day 32 or three. I’m not a big counter on your sobriety, but my sober date is August the 26th and today is September 29. So 32 or 33 days I’ve been sober. This is the longest I’ve ever been sober. I’m really excited. I’m glad to be sober, and just how I look at things from my workouts to eating to everything I thought I couldn’t do without a pill I can do now.”

Bagwell continued, “The story I told myself was I can’t go to sleep without a Xanax. I’ve got to have a Xanax to go to sleep, I have a mask on my face, and I’ve got sleep apnea, and I wear a CPAP machine. I’ve got to do this to sleep. You can forget getting off Xanax because I’ve got to have that. Well, that’s not true. And I learned that and I got taught that with keep in mind, I had an open mind to it. I didn’t close my mind off, I wanted to get off these drugs. So I had an open mind to show me the way [and] teach me how to please prove me wrong on the fact that I think I need a Xanax to function or to get through the day or to go to sleep, please show me and they did. And about day 10 I was sleeping through the night and going to sleep like crawling in the bed and like at nine o’clock at night, and being out and to be taught that isn’t aggravating, it’s a relief.”

Bagwell talked about what was always on his mind when he was on pills before his rehab. He said, “From the time I woke up, it was definitely in the plans of making sure I had my pills, making sure I had them with me, making sure they weren’t due, making sure if they were getting due to start doing the phone calls. So I bet you I spent three hours a day, even if I had my pills, I was spending three hours a day just to make sure they were still there. That’s three hours that’s opened up for me now. I’m going to make recovery cool this time. That’s what I’m doing. And it’s gonna be cool to see Buff Bagwell sober, and ain’t gonna be cool to see him all screwed up and walking around. What’s cool about that? I mean, we told ourselves it was cool and we told ourselves we were having fun. But was I? Was I really having fun? I don’t think I was. I mean, we tell ourselves that but I think you’re just caught in it and you don’t see how ugly you really are until somebody videotapes you and shows you…”

Bagwell claims he has no cravings or desires to use again, and that he is “all the way in” on sobriety with no plans to let his guard down.

Bagwell closed out the video by saying, “I’m just back and just ready to continue on what I was doing, which is kind of spreading the word about being sober and sobriety and recovery. And a lot of that goes on out there and you know, it can affect anybody. It hits anybody that wants to hit and it hit me. You’re always recovering so I’m a recovering drug addict, and I have no problem with that title. So that’s what I am and that’s what I’m doing. So I look at it positive and I’m excited for what the future holds man. Really excited.”

You can watch the complete video below: