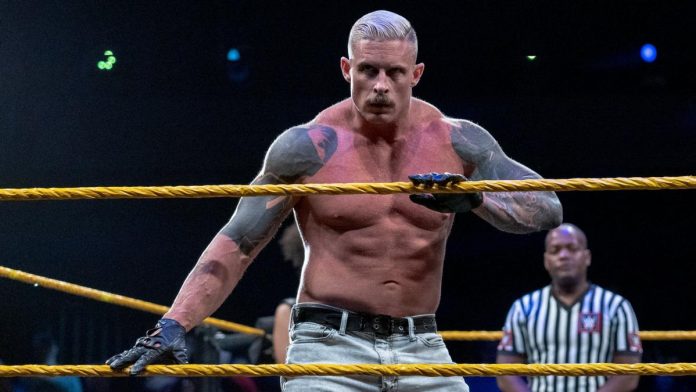 It looks like Dexter Lumis will be out of action for more than one month.

The November 16 edition of WWE NXT 2.0 saw Trick Williams and NXT North American Champion Carmelo Hayes double team Lumis and smash his arm with a steel chair. It was then noted during last night’s show, by Indi Hartwell, that Lumis suffered a fractured hand and a few broken metacarpals in the attack.

Indi then stated that Lumis will be out of the ring for over one month.

The Lumis injury is being worked into a new angle with Indi and her tag team partner, Persia Pirotta. Indi noted in a backstage promo last night that Trick and Carmelo took Dexter’s ability to draw from him, and she was dedicating her tag team match to her storyline husband. That match saw Indi and Persia lose to Kayden Carter and Kacy Catanzaro after Indi was distracted at several times during the match. Persia offered to work the match by herself due to Indi being worried about Dexter, which she did the week before so that Indi could go be with Dexter at the hospital. Last week’s NXT saw Persia defeat enhancement talents Gabby Stephens and Jenna Levy in a 2-on-1 Handicap Match.

There’s no word on if Lumis is legitimately injured, but Indi tweeted the following clip of Lumis, with a cast on his arm, trying to draw Trick earlier this week. You can see that clip below.

Taking my husband’s art away from him hurts more than any injury 😤@DexterLumis 🖤 pic.twitter.com/U8Bu3dprmR