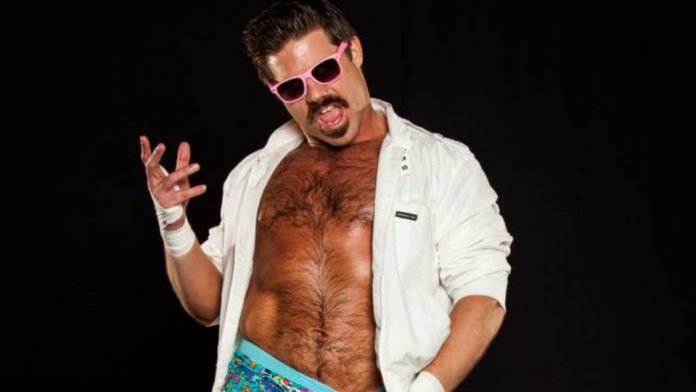 Joey Ryan addressed the recent rumors about him possibly signing with WWE by announcing a “Farewell to the Indies” tour.

“I always hear about some of his bookings, but I didn’t realize how many dates this guy works.”

“The things with WWE is that WWE will pay people to take him off the board because they know he’s going to AEW. I mean that’s the one thing that’s going on there. I mean like I don’t know of them even contacting him for ten years and then like whatever it was last week they contacted him. They contacted him as soon as he got the Lucha Underground release with the idea that he’s being all over Being The Elite, but he’s not signed and everyone else on Being The Elite is signed. I mean I know they’re figuring he wouldn’t be all over that thing on AEW if those guys didn’t have ideas for him, but he’s not signed so now WWE can take a guy in the middle of those storylines.”

“I mean the impression I got was the offer wasn’t anything special. I mean they wouldn’t put him on the main roster, I can’t imagine that. I mean it would just to take him to ice him, that would be the only reason. To do that you’re going to have to make an offer on a certain level because you already know that AEW is going to make an offer on a certain level. I mean so, it’s interesting. I think the imaginations going on right now between AEW and WWE, it’s really interesting.”

‪I guess the word is out now. Am I signing somewhere? Have I already signed elsewhere? One thing is certain; my time on the indies is coming to an end so pick up this “Farewell” tour shirt at prowrestlingtees.com/joeyryan for a limited time only! Get em before I’m gone! #RAW ‬