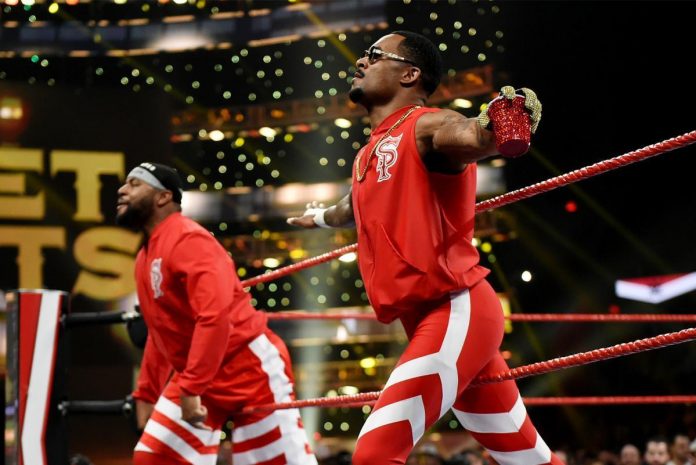 Angelo Dawkins of The Street Profits faced Solo Sikoa of The Bloodline on Monday’s Extreme Rules go-home edition of WWE RAW. Sikoa took the victory in his RAW debut.

Backstage with The Bloodline and The Street Profits earlier in the night set up the Sikoa vs. Dawkins fight. Montez Ford was seen wearing a walking boot in the promo, and an apparent injury was mentioned. Ford and Dawkins were also seen with the boot when they arrived at the ring for the match with Sikoa.

While there is no confirmation that Ford is injured, Fightful Select notes that his walking boot was brought to RAW by the prop department on Monday.

Ford hasn’t wrestled since the WWE live event on September 24 in Vancouver, BC, where he and Dawkins defeated Alpha Academy.

As of this writing, Ford and WWE have not confirmed an injury, but we will keep you updated.