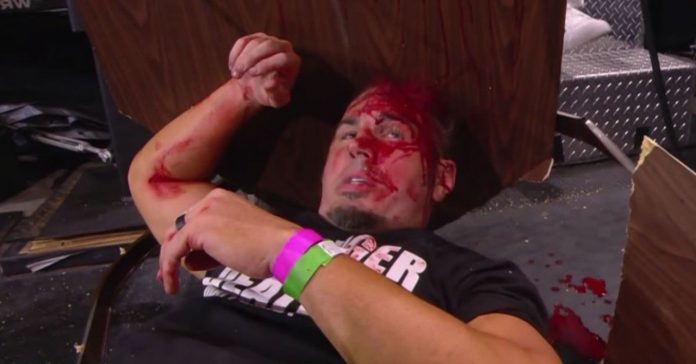 According to Fightful.com, the chair spot was reportedly planned but Guevara ended up using a heavier chair when he couldn’t find the intended chair. There were apparently people in AEW that considered what Guevara did to be reckless since the match was pre-taped and things could have been handled differently. Hardy was said to be upset backstage but also felt lucky that he wasn’t more seriously hurt.

Hardy played up on the incident with the following promo:

GIMME AN OL' RE-TWEET if you're excited to watch @AEWrestling's #AEWDynamite tonight.. Here's my in-depth thoughts on last week's @AEWonTNT incident & what I'm going to do to that weird & reckless piece of shit, Sammy Guevara. pic.twitter.com/Nnw3oI1k58