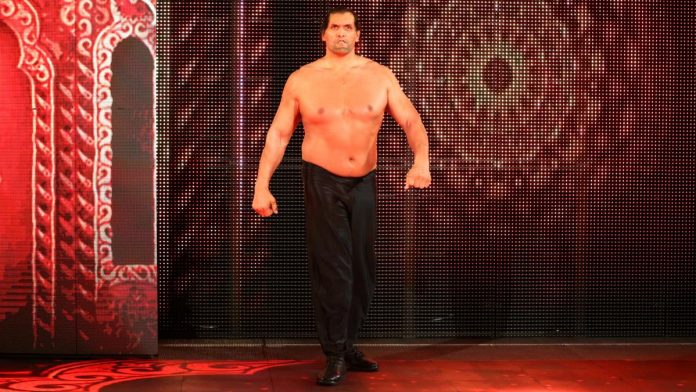 – It would appear that The Great Khali’s surprise appearance at WWE Battleground was a one-off.

Following his return, Khali’s profile was listed on WWE’s active roster on WWE.com but has since been removed. His profile is now listed in the Alumni section again.

It was also reported last week that Khali is not advertised for any upcoming live events.

At WWE Battleground, Khali returned as a heel to assist WWE Champion Jinder Mahal in his Punjabi Prison Match against Randy Orton. He prevented Orton from escaping the structure, allowing Mahal to escape and retain the WWE Championship.

– WWE’s latest flashback video is a match from Kurt Angle’s brief time on the company’s defunct ECW brand, where he forced The Brooklyn Brawler to tap out at the Hammerstein Ballroom 11 years ago today.

– Emma, who wrestled at Monday night’s WWE Main Event taping in Pittsburgh against Mickie James, tweeted the following as she continues to campaign for television time on Raw.