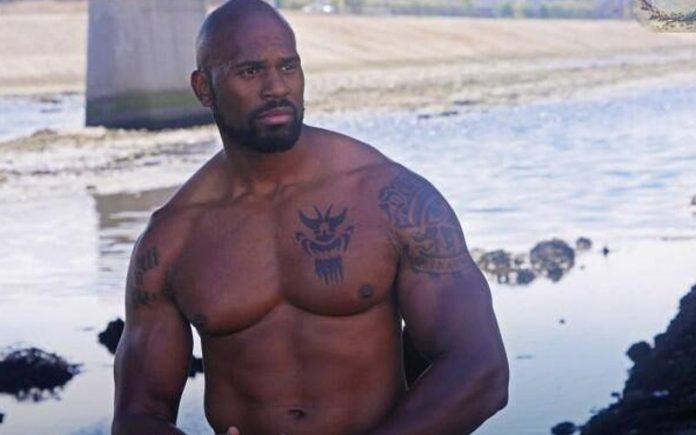 The United States Coast Guard has suspended the search for former WWE Superstar Shad Gaspard, according to TMZ. There was at least one boat still searching for the 39 year old Gaspard this morning, but it was noted that the chances of finding Gaspard are fading fast. While the search has been suspended, the case will not be closed until officials find Gaspard, who is still considered a missing person. The search efforts have been drastically scaled back for now, according to the latest report.

As we’ve noted, Gaspard went missing in the ocean on Sunday while swimming with his 10 year old son. They were around 700 feet from shore when they were caught in a strong rip current. Shad instructed the first lifeguards to respond, to rescue his son first, and they did. That saved his son’s life. A large wave reportedly then crashed down on Shad shortly after that, and he went under. Gaspard hasn’t been seen since.

As noted on Monday night, Shad’s family issued a statement through several wrestlers, including WWE Hall of Famer Mark Henry, Kofi Kingston, MVP, and Lance Archer. The statement reads like this: “@Shadbeast ‘s family appreciates all the love, support, and concern through this horrible ordeal. At this time they are not ready to make any public or official statements to any media outlet And ask all to respect their wishes.”

. @Shadbeast ‘s family appreciates all the love, support, and concern through this horrible ordeal. At this time they are not ready to make any public or official statements to any media outlet And ask all to respect their wishes.

On Sunday night, an alleged eyewitness wrote the following about the incident on Reddit:

“I was there. I was body surfing and started to come in as I noticed a lifeguard presence congregating on the shore and I saw someone heading out. As I came in, which took forever as the tides were inredible strong I noticed the kid fighting against the waves and the life guard headed towards him.

When I got to shore, 2 surfers were pointing and screaming, a scream I’ll never forget and I realized there’s another person drowning. I could see him bobbing next to the surfers so I pointed and directed a guard towards the surfers outside the break.

The guard went in, the surfers continued to wave and eventually more and more search people came out. Once I saw people in snorkels, which was probably about 10 minutes in, it was obvious he wasn’t probably going to turn up alive.

Cops showed up, eventually helicopters. I talked with the surfers and they said an adult went under.

I felt awful, I was wondering if I should have helped the kid to shore so the guard could have focused on the father but I didn’t want to intervene and now the kids father is dead. I’m gonna let it rest at I was powerless and I didn’t want to add to the mess. The waves were really nasty, I’ve body surfed my whole life in San Diego and today I was being cautious, I was worried when I saw whole families out.

I needed to see this posting because I’ve felt weird all night and bad because I technically could have turned around, swam past the breaks and maybe saved a life, or drowned myself. I dunno it’s sad. I left after 40 minutes of helicopters flying low over the water assisting the search.

I saw the mom hear her husband not turn up and saw her run down the beach looking for him, and I saw a kid sitting on a shoreline with a look he knew that they were past the point of finding his friends dad alive. It was harrowing to see the reality unfold in a family a loved one didn’t return from the ocean.

I go to the beach one f***ing day and this happens.”