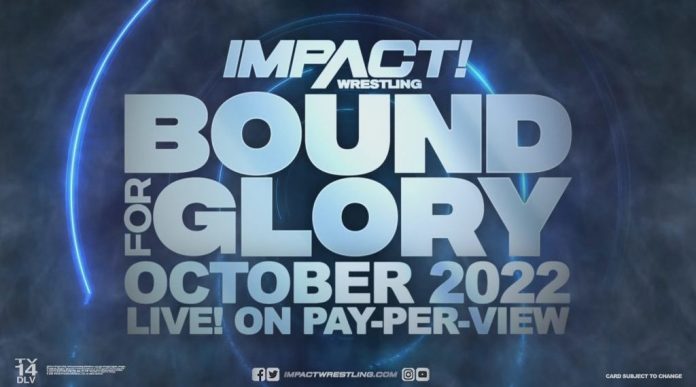 At Bound For Glory, Mike Bailey will defend his Impact X Division title against AEW’s Frankie Kazarian. This will be the first match between the two.

Impact has also announced that VXT’s Chelsea Green and Deonna Purrazzo will defend their Impact Knockouts World Tag Team Titles at Bound For Glory against Taya Valkyrie and Jessicka.

Mickie James vs. Mia Yim for Bound For Glory is also now official.

The 2022 Impact Bound For Glory pay-per-view will take place on Friday, October 7 from the Washington Avenue Armory in Albany, NY. Here is the updated card:

Raven will be inducted into the Impact Hall of Fame