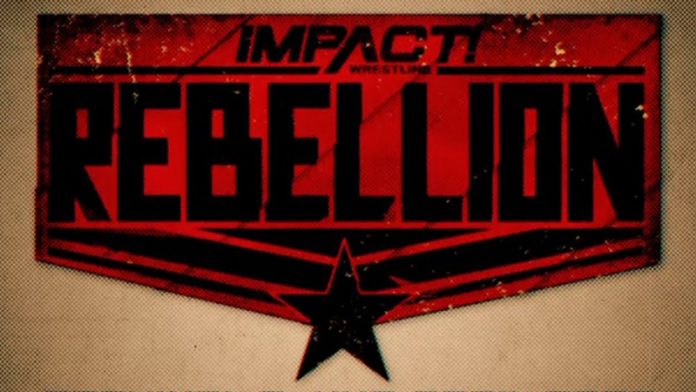 Three new matches have been announced for the upcoming Rebellion pay-per-view from Impact Wrestling.

It was announced on last night’s Impact that Sami Callihan will face Trey Miguel in a Last Man Standing match. It was also announced that Kiera Hogan and Tasha Steelz will defend their Knockouts Tag Team Titles against Jordynne Grace and a mystery partner. Finally, a big eight-man tag team match has been announced with James Storm, Eddie Edwards, Chris Sabin and Willie Mack vs. Violent By Design (Eric Young, Joe Doering, Rhino, Deaner).

The Impact Rebellion pay-per-view will take place on Sunday, April 25 from Skyway Studios in Nashville, TN. Below is the current card: