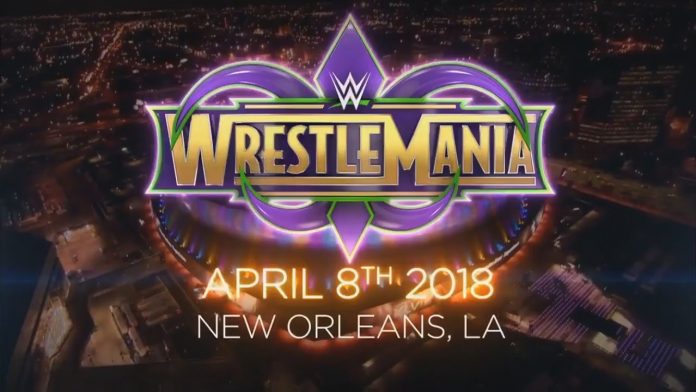 Thanks to Bet Wrestling for sending the following:

With a Roman Reigns victory being considered a foregone conclusion, is the reason for this strange line move the result of an inside leak? Probably not, because if that were the case, we might be seeing Lesnar favored right now. Is this because gamblers are drawn to the name value of Brock Lesnar, especially with his UFC history? This is probably the more likely scenario and we will have a better idea of why exactly these odds moved when we get the result of this match. Worth mentioning is that this WWE Universal Championship match is still favored by -2000 to go on last as the main event.

Conversely, the odds actually widened a bit in the WWE Championship match. Shinsuke Nakamura has seen his odds increase from -415 to -620. Another challenger to a world championship that has seen their odds decrease would be Asuka, who is challenging for Charlotte Flair’s Smackdown Women’s Championship. Asuka’s former odds of -1050 have dropped to -825, which are still healthy odds for the “Empress of Tommorow”. European Markets are offering odds on a Carmella cash in at a favorable -150. This bet is on an official cash in of the Money in the Bank briefcase with no regard on if the cash in is a success.

As for the Raw Women’s Championship, the challenger’s odds of winning have decreased as well. Nia Jax’s odds of winning have moved from -390 to -350. Looking into the secondary championship matches, United States Champion Randy Orton is in a dead heat with one of his three challengers. Both Orton and Rusev currently have odds as +100, which is an even bet where you win as much as you wager. This is impressive as Rusev was moved into this match at the last minute to make a Fatal Fourway. The other challengers are Bobby Roode with odds of +765 and Jinder Mahal at +905.

The Intercontinental Championship still has Finn Balor favored slightly, however Seth Rollins has become a close underdog. This match is competitive with the exception of The Miz having dismal odds of +360 to retain in this Triple Threat match.

The Bludgeon Brothers remain slight favorites to win the Smackdown Tag Team Championships in a Triple Threat match between The Usos and The New Day. Braun Strowman and his partner are also still favored to defeat the Raw Tag Team Champions, Cesaro and Sheamus.

In the Tournament Finals for the vacant Cruiserweight Championship, Cedric Alexander’s favorable odds have increased from -295 to -460, a marginal line move. Alexander’s fellow finalist Mustafa Ali is a +320 underdog.

While the unannounced match of John Cena vs the Undertaker is only open in the European sports books, The Undertaker’s odds have dropped from -400 to -295, casting doubt for the outcome of this epic match.

Both the Raw and Smackdown brands have tag team matches centered around the authority figures of each brand. Raw is offering the in ring debut of Ronda Rousey, as she teams up with Raw GM Kurt Angle. Rousey & Angle have seen their odds increase to -825 against Raw Commissioner Stephanie McMahon and WWE COO Triple H.

Smackdown GM Daniel Bryan makes his long awaited in ring return, teaming with Smackdown Commissioner Shane McMahon against Kevin Owens and Sami Zayn. The odds on this one are very close and haven’t moved significantly. Bryan and McMahon are favored slightly at -180.

The Wrestlemania Women’s Battle Royal has no clear favorite, however the best odds currently belong to Sasha Banks at +150. The Andre Memorial Battle Royal does have a definite favorite in Matt Hardy with odds of -210. At one point Elias had the best odds to win, and a returning Big Cass is a definite possibility based on his respectable odds.