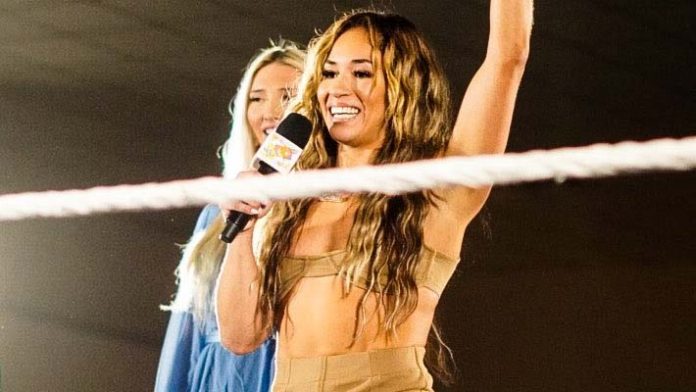 In order to follow her dream of becoming a professional wrestler, Valerie Loureda left mixed martial arts earlier this month and signed a multi-year contract with WWE.

The former Bellator MMA fighter made her debut at Saturday’s (July 23, 2022) NXT 2.0 live event in Cocoa, Florida, after reporting to the WWE Performance Center earlier this month. She cut a promo but didn’t participate in any wrestling. You can check out a photo from her NXT 2.0 debut below:

The promising performer has a 4-1 pro MMA record; her most recent victory came in November of last year. She had been working out at Dan Lambert of AEW’s American Top Team gym.

Loureda had stated that after attending WrestleMania 38 earlier this year, Charlotte Flair inspired her to join WWE.

When questioned about potential WWE opponents, Loureda pushed for a match with Ronda Rousey because they both have MMA backgrounds.

She tweeted the following regarding her debut: