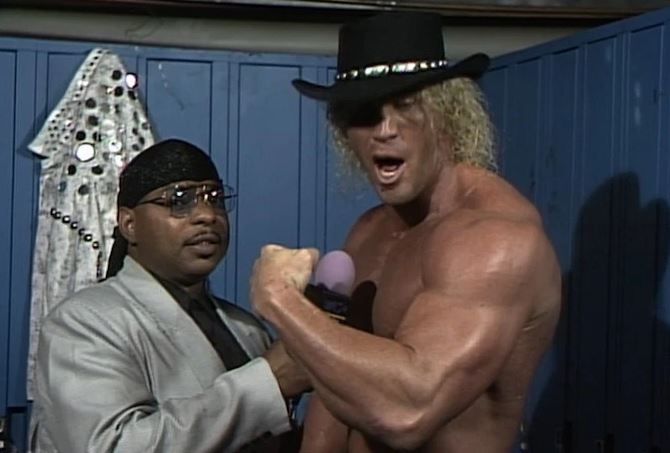 Former WCW star “Van Hammer” Mark Hildreth has plead guilty to one count of DUI Causing Property Damage and Injury as a part of a plea deal with Palm Beach County in Florida. PWInsider reports that Hammer has been sentenced to one year of probation, a one year suspension of his driver’s license, and one year of having an interlock device played on his vehicle. Hammer was also found guilty of leaving the scene of an accident. A speeding ticket was dismissed. The guilty plea was made official on April 29 in an agreement that saw Hammer get sentenced on just the DUI charge.

The 60 year old Hammer struck a 5 year old boy who was riding a bike with his father on Sunday, January 26. The boy was thrown onto the hood of Hammer’s car, according to a police report. The boy was admitted to a local hospital as a trauma patient with possible internal injuries and road rash. The police report noted that Hammer got out of the car after the accident, claimed the boy jumped out in front of his car, and then drove away. A witness followed Hammer to his home and then identified him to police. Hammer was found on his front steps, and then taken into custody. The police report also noted that Hammer smelled of alcohol and refused a Breathalyzer test. It was estimated that Hammer was driving 58 mph in a 35 mph zone. Hammer reportedly hit the boy when his bike veered into the street.

“The father picked up the son off the road,” said Eric Tilghman to The Washington Times. Tilghman is a man who lived nearby and was driving when he saw Hammer’s car strike the child. He is also the man who followed Hammer home, and also took photographs of the wrestler. He continued, “The kid was crying. The dad was crying. The guy was out of the car. I’m looking at the guy and he’s getting back in the car. We’re yelling at him, ‘Don’t you leave. Don’t you leave!’”

It was noted in court records that within the terms of probation, Hammer must attend a victim’s impact session. There he will learn how DUIs have effected people who have been victims. The victims of Hammer’s case have been notified of his plea agreement, and are “not seeking restitution.” Hammer, who had several traffic violations in Florida along with a 1985 DUI in Texas and a 2004 DUI in Georgia, was given 4 days worth of credit towards his one year of probation for the 4 days he spent in jail.