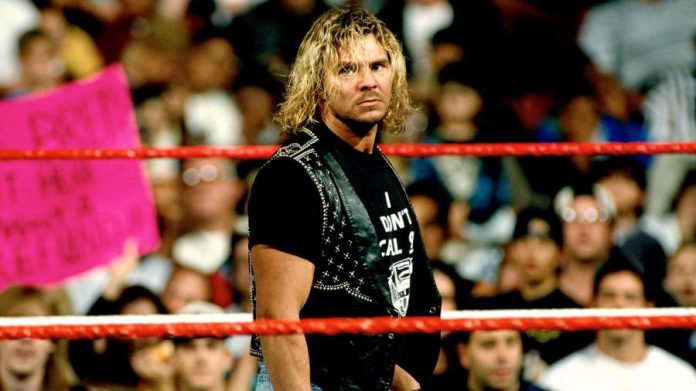 Continuing the trend of early-90s WCW for the VHS Memoirs, I picked Wrestle War 1991 for the next review, really only because it was a show I hadn’t watched in years and didn’t know what to expect from it outside of it was the event where Brian Pillman got dropped on his head in the war games match. As was often the case with WCW of this era, the quality of the pay-per-view was a mixed bag, but there were definitely a few gems on this show that are worth going out of your way to watch, despite some other contest being skippable. Technically, they aren’t skippable right now on the Peacock app because of the horrendous rewind and fast forward feature, but you get the point.

Unfortunately, you can start by skipping roughly the first twelve minutes of the broadcast because Ricky Morton, Tommy Rich, and Junkyard Dog vs. Big Cat and State Patrol is about as much of a classic as it sounds. This match was announced as a WCW Six Man Tag Team title bout, regardless of that fact that the Morton, Rich, and JYD trio had no actual belts to signify their status. I was wondering why I have never heard of a six man championship existing in WCW and found that the title existed for only six months and was only featured a few times on secondary programming. A side note here, outside of the Von Erich/Freebirds feud, or lucha scenarios where the rules were designed for trio action, the concept of a six man championship just doesn’t get off the ground because it’s inherently a retread of the traditional tag team division. State Patrol, including Buddy Lee Parker of Power Plant fame, looked more like forest rangers than law enforcement, unless their gimmick was supposed to be that they were co-workers of Smokey The Bear. The only thing notable about Big Cat is, it was a chance to see Mr. Hughes wrestle without his sun glasses. The actual in-ring match was really nothing, but the six man champions retained their imaginary belts at the conclusion.

Thank Lou Thez, Karl Gotch, and all the other mighty wrestling forces in the sky, this card goes from one end of the spectrum to the other with the next bout. Bobby Eaton vs. Brad Armstrong is an absolute clinic of pro wrestling 101 from bell-to-bell. Everything these two do inside the ring ropes was crisp and smooth. The psychology, the selling, and the maneuvers were all top notch. The finish saw Eaton live up to his name with a beautiful leg drop from the top that was picture perfect to get the win. As great as this match was, it was also very disappointing to consider that for whatever reason, these two weren’t really featured in a prominent spot for the majority of the rest of their careers. Eaton, who was closely associated with tag wrestling based on his time in the Midnight Express, had a few different stints where he would be back on the radar, including a tag run with Steve Regal as The Blue Bloods, but wasn’t used anywhere near his skill level when he was eventually used as an enhancement talent in the late-90s. For Brad Armstrong, prehaps he was too adaptable and made his opponents look too good in the process because when WCW had a myriad of recyclable mask gimmicks, he was usually the one booked for the role. Basically, when management knew they needed a good match for someone that had star potential, Brad Armstrong was a safe bet as someone for them to work with because you simply won’t find a subpar Brad Armstrong match. Armstrong is undoubtedly one of the most underrated talents in the history of the business, but it speaks volumes to his talent that he always had a job with a major organization throughout his full-time career because he was a tremendous asset for any roster.

Next were a pair of five-minute matches so they could be discussed in the same category, despite how different they are on paper. There was a very random Joshi tag match when Itsuki Yamazaki and Mami Kitamura defeated Miki Handa and Miss A, which I’m guessing had something to do with the Japanese deal the organization had at the time that would become more prominent later on. The match itself was all action and very fast-paced so it was entertaining, but it seems somewhat out of place on the card. As mentioned it was only given about five minutes so there’s not much else to say about it. Another very brief match saw Dustin Rhodes beat Buddy Landel for a decent contest, but it didn’t have the chance to get beyond anything basic. This is one that would’ve been good to see get some proper time of the card because these two could go in the ring. Dustin was so early in his career at this point that he was essentially a quicker and more agile version of Dusty, which isn’t a negative, but more to point out that the boots and gear were a carbon copy because he hadn’t found himself yet. The bigger point, though is that even just two years into his career, you could see the potential he had to become the big star that he was a few years later.

The Young Pistols of Steve Armstrong and Tracy Smothers vs. Jack Victory and Rip Morgan was a solid tag match that had it’s moments. There wasn’t anything epic, but it was a decent bout that showcased both teams. The Young Pistols got the win, but truthfully, this contest will make you wonder what might’ve happened with the future ECW stars if WCW didn’t have a revolving door, as far as management in this era. In another example of it being disappointing that a talent didn’t get more of a chance, Jack Victory showed that he was a good in-ring worker throughout this match, and while he was great in his role in ECW, I would guess he had the talent to accomplish more in his career if he was given more opportunity on a big stage. How Tracy Smothers didn’t end up with a job for the rest of WCW’s existence, similar to the tenure that Bobby Eaton had, is anyone’s guess. Tracy was a guy that could work any role on the show so he’s another asset that WCW didn’t fully utilize during this time frame.

The Z-Man, formerly known as Tom Zenk, squared off with “The computerized wrestler” Terry Taylor, who had the gimmick that his manager, Alexandra York used a clunky laptop to determine the strategy for matches. Zenk, primarily a tag wrestler during the more memorable portions of his career, showed flashes of talent, but never reached a level more than an average performer that needed an opponent that could make him look decent in the ring. While Terry Taylor is infamously known as The Red Rooster, the other gimmicks he had didn’t do him any favors either, as he was cast as a computer wrestler and then was dubbed the “Taylor Made Man,” while wearing a dollar store version of Ted DiBiase’s outfit. Taylor was a solid wrestler, but he’s name remains polarizing based on some of his stints behind the scenes at various organizations. The match had a no DQ stipulation, but you won’t know it unless you heard the announcements prior to the bell because the competitors didn’t actually do anything outside of the typical match. Taylor got the win in a very average bout.

Vader vs. Stan Hansen ended in a no contest because you knew that neither wrestler was going to do the job, especially with the Japanese deals they both had at the time. The infamous “eye pop out” match was the previous year and while not quite as brutal as that, this was a very stiff contest. Nobody sold much, but it was still entertaining for about five minutes until the referee called for the bell.

Lex Luger vs. Dan Spivey was about what you would expect from it and Luger got the win. Next…

The Freebirds beat Doom to win the tag titles, but there wasn’t really anything to the match, as it went roughly five minutes before the finish. With ten matches on the card, this was a familiar trend with this era of WCW, the attempt to shoehorn as many names onto the event as possible, often led to contest that weren’t anything great, simply because they weren’t given the chance to be more than an average TV match. Post-match Butch Reed attack Ron Simmons for the split of Doom, which lead to a Simmons push the following year.

The Four Horsemen vs. Sting, Brian Pillman, and The Steiner Brothers in a War Games match was a great main event with a lot of action as the baby faces were diving around the ring for various spots, as the heel bumps all over the place for their opponents. This particular War Games match was less about the blood and violence, and more about spots that showcases the fan favorite team. The fast-paced action was very entertaining, but the conclusion was somewhat flat when the referee stopped the match after Pillman was power bombed onto him head and couldn’t continue the match. Overall, it was still a great main event and one of the hidden gems of the era.