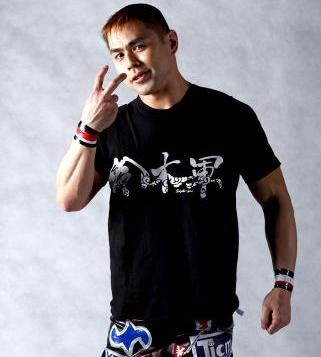 As 2021 nears its conclusion, a rather bland year for the entire world for the second year in a row and with a rather bleak outlook for 2022 as the Ocromin is ready to run wild like a Hogan comeback, I find myself less than enthusiastic about the future. Professional wrestling has more or less put it in autopilot for the final week of the year with only taped shows left on the calendar. I was looking to find at least one more topic to cover before we bid farewell to another year of COVID controversy so I went back to a simpler time, both for society and sports entertainment.

I was able to land the 41-episode run of WWF Super Astros, the company’s short-lived lucha experiment that aired on Univision, the largest Spanish language station in the United States, from 1998-1999. The VHS-to-DVD transfers capture the vibe of the late-90s and all things considered, the entire project is so random that it makes for a very fun viewing experience.

While I had heard of Super Astros before and seen a few clips on Youtube, the whole scenario is still an odd presentation even more than two decades after the run of the series. To my knowledge, the show isn’t on Peacock, and I would’ve attempted to confirm this, but the interface of the app is still more confusing than Vince Russo’s WCW booking in 2000. You often hear about the WWE looking to capitalize of the Hispanic market, but, outside of one main event Latino star at any particular point, the company hasn’t found a way to serve that audience while maintaining its direction of marketing to the casual fan. That being said, because of its vast difference to the American style, prehaps it’s not realistic to expect the WWE to find a way to cater to lucha fans outside of Rey Mysterio’s status as a bonafide legend today.

The other and more direct hurdle was also the fact that the WWF was and still is built on the big men in the sport. The smaller “work rate” athletes that can work the dazzling lucha style that was highlighted on Nitro during its heyday usually wouldn’t be seen as potential main eventers by Vince McMahon anyway. Speaking of Nitro, while Eric Bischoff had no plans for the cruiser weight division beyond just stellar matches or a way to translate them intro star power for WCW, it goes without saying that the lucha libre aspects of Nitro were key to differentiating the product from the WWF, especially because the majority of the star power on the show was assembled with former McMahon stars. Granted, both shows went through a very hot period during the competition of the Monday night wars, but you simply weren’t going to find anyone like Rey, La Parka, or others on WWF television.

Considering the WWF’s focus on heavyweights, even their attempt to counter WCW’s ability to capitalize on lucha libre was a half-hearted attempt at best.

For diehard fans, the1997 WWF Light Heavyweight title tournament provided another short-lived period where some international talent entered the fold, but nothing truly materialized from it. Taka Michinoku, Essa Rios, Tajiri, The Great Sasuke, and other international stars made various appearances. Taka went on to work a comedy gimmick, Essa Rios spent the majority of his WWF run on Heat, and as we know, Tajiri found success in ECW before he was given a notable run in the WWE.

The fact that the more niche aspects of international talent didn’t gel with the broad brush of the WWF product made it obvious that Super Astros had to be somewhat of a “lucha bubble” so to speak because in many ways, it was a completely different entity from the rest of WWF programing. For whatever reason, the show isn’t much of a topic of discussion, but on his “Something to Wrestle With” podcast, Bruce Prichard provided some insight into the production. The deal for the broadcast was made specifically with Univision, which makes sense because again, that network is specially for the Hispanic viewers. According to Bruce, the station paid $17,000 a week for the show, but that didn’t cover the production costs, which might’ve been expensive as far as the travel for the international stars. Supposedly, there was discussion about expanding the program to an hour to get paid more per episode so that the venture would become profitable, but Univision only wanted the half hour time slot.

The bottom line is, if a project isn’t profitable, especially at a time when every other division of the company is making money then there’s no reason to continue to produce the shows so Super Astros got the axe less than a year after it launched.

That being said, as mentioned, it’s undoubtedly a fun viewing experience. I watched the first five episodes for this review and the fact that El Hijo Del Santo, a legitimate lucha legend, wrestles Super Crazy in a WWF ring in 1998 for the main event of the first show is wild. A few episodes later, during an interview segment with El Hijo Del Santo, he actually makes reference to “Love Machine” Art Barr and Eddie Guerrero, which I’m guessing is something about the legendary hair vs mask match he had with Octagon against them in 1994. The first show also has Carlos Cabrera and Hugo Savinovich on commentary with Maxi Mini dancing on the announce desk. Another random, but comical note from those first few episodes is that Dick Togo attacked Negro Casas and cuts a promo in Spanish to set up a match the following week. The problem is, he cut the promo in Spanish in front of an American audience that had no idea what he was saying into the mic.

Ultimately, that was the problem with the Super Astros show beyond just the dollars and cents of the deal. Unless the WWF was going to produce a show on its own in either prominently Hispanic markets in the United States or run events in Mexico, the entire presentation was quite literally lost in translation. You can tell throughout the episodes that the vast majority of the live crowd has absolutely no idea what’s going on during these matches because it was taped in front of an American crowd. Did the fans in Tacoma, Washington or New Haven Connecticut have any idea who Essa Rios and Negro Casas were in 1998?

Since the project was cancelled less than a year into its tenure, it’s unknown what the plans could’ve been for the venture as far as what the payoff was supposed to be with it or how far the WWF would’ve been willing to expand on a side project when business was already very lucrative in the middle of the Monday night wars. Would these shows have built to a lucha pay-per-view or were these just random matches taped in front of a mostly quiet crowd to provide wrestling content to Univision because the business surged in the late-90s? Who knows, but either way Super Astros is fun to watch and is somewhat of an “easter egg” of the industry.