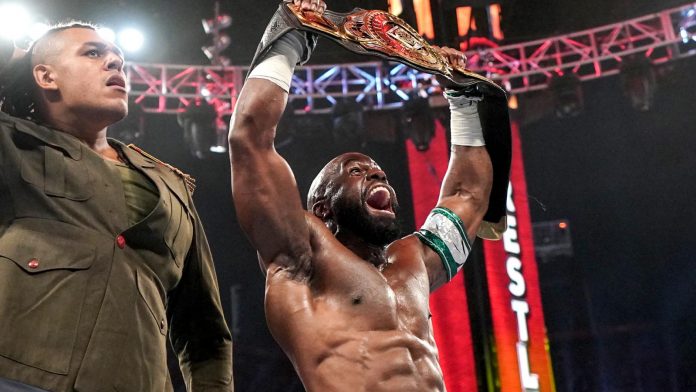 New WWE Intercontinental Champion Apollo Crews appeared with his new muscle during a backstage segment on tonight’s SmackDown on FOX episode and confirmed that the big man is being called Commander Azeez.

On tonight’s SmackDown, Crews laughed about Big E and said he would offer the former champion a rematch, but he was not at the show due to the beating he took at WrestleMania. Crews offered some background information on Commander Azeez and said he is a former member of the Nigerian Elite Guard. Crews also named the move that Big E was hit with at WrestleMania – the Nigerian Nail. Crews warned that if anyone dares to come for his Intercontinental Title, they will be annihilated by the Nigerian Nail.