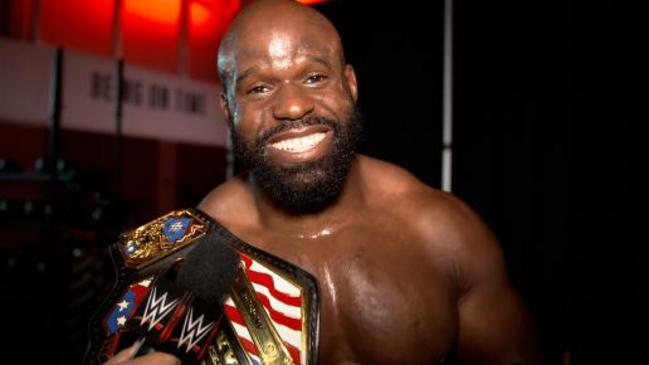 – As noted, last night’s RAW episode saw Apollo Crews return to action and retain his WWE United States Title over MVP in the opening match. This was Crews’ first time defending the title since MVP recently revealed the new design for the belt.

Below is post-show video of Crews getting his custom side plates installed, and his backstage championship photo shoot: