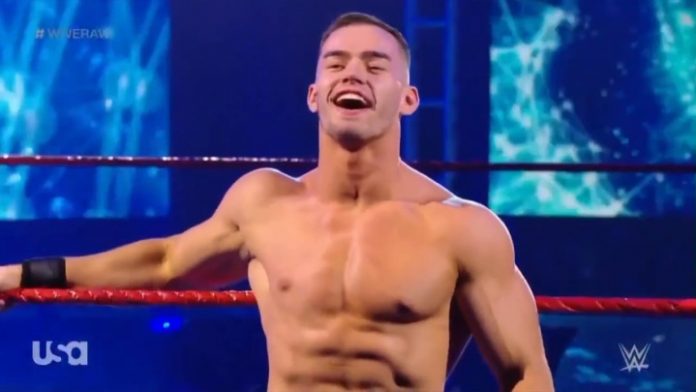 Seth Rollins has a new disciple in Austin Theory. Last night’s WWE RAW saw the tension between Theory, Zelina Vega, Angel Garza and WWE United States Champion Andrade continue until Theory was attacked after Garza and Andrade lost to Apollo Crews and Kevin Owens. Theory remained at ringside during the next Aleister Black vs. Murphy singles match, recovering from the attack. Seth Rollins approached Theory at ringside and instructed him to hit the ring to attack Black. This led to Black receiving a beatdown from Theory, Murphy and Rollins. The segment ended with Rollins embracing Theory.

Theory tweeted a photo from the beatdown to Black and wrote, “REVELATION [rocket emoji] #allday”

Vega also commented on leading the attack on Theory and wrote, “I did what was necessary. It’s all or nothing.”

It will be interesting to see what WWE has planned for the new stable of Rollins, Theory and Murphy, and if they feud with Vega and her crew. You can see the related tweets and videos above & below:

I did what was necessary. It’s all or nothing. https://t.co/6KJqtXC6qI pic.twitter.com/lFp52XdXBc