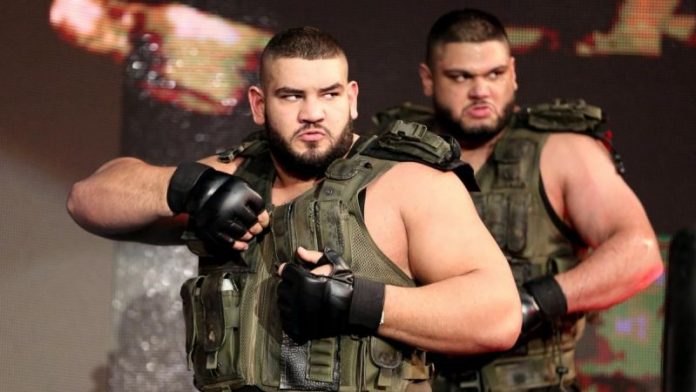 The Authors of Pain are launching their new pro wrestling promotion – Wrestling Entertainment Series or WES.

We noted earlier this month how Gzim Selmani (Rezar) and Sunny Dhinsa (Akam) were planning a return to the ring, which would be their first match since leaving WWE. The report noted that they had reached out to other wrestlers about an event they planned on running in early June from Dubai. It was then revealed that they filed to trademark the “WES Wrestling Entertainment Series” and “World Entertainment Series” trademarks on May 3.

In an update, Selmani and Dhinsa issued a press release today to officially announce the new promotion. WES will debut on Saturday, June 4 from the Motorpoint Arena in Nottingham, England. The show will air live on FITE TV.

It was noted that “some of the biggest names in professional wrestling” will be announced soon for the celebratory kick-off event, and that WES already has a schedule in place for the rest of 2022. They are planning to run shows across Europe and the Middle East. The announcement also confirmed the in-ring return of Selmani and Dhinsa, with WWE Hall of Famer Paul Ellering returning as their manager.

Here is the full press release issued today, which includes comments from Selmani, along with the video promo-

Are you ready for the future of sports entertainment ? Our invites to the participants have been sent. STAY TUNED !!! #WES #WESNOTTINGHAM pic.twitter.com/clNuubnIbA

Wrestling Entertainment Series (WES) will debut on June 4th live from the Motorpoint Arena in Nottingham, England, and will be available to watch live around the world on FITE.tv.

Some of the biggest names in professional wrestling will all be announced very soon for this celebratory kick-off event. WES already has an action-packed schedule in place for the remainder of 2022 with several yet-to-be-revealed dates across Europe & the Middle East.

WES will also see the in-ring return of the Selmani & Dhinsa with legendary manager Paul Ellering by their side. The duo is set to re-establish themselves as one of the most dominant forces in the tag team wrestling division.

Speaking ahead of the launch, Gzim Selmani had the following to say:

“This has been a long time coming. Over the past number of months, we have been working tirelessly to put together a top-class product that will excite fans new and old. I’m very excited to finally launch WES and to also reunite with my partner Sunny Dhinsa to unleash some pain again.

“The rest of the names for this event will be announced very soon and they will send waves through the professional wrestling world. You won’t want to miss this event!”

Head to WrestlingEntertainmentSeries.com for more info & to sign-up for updates!