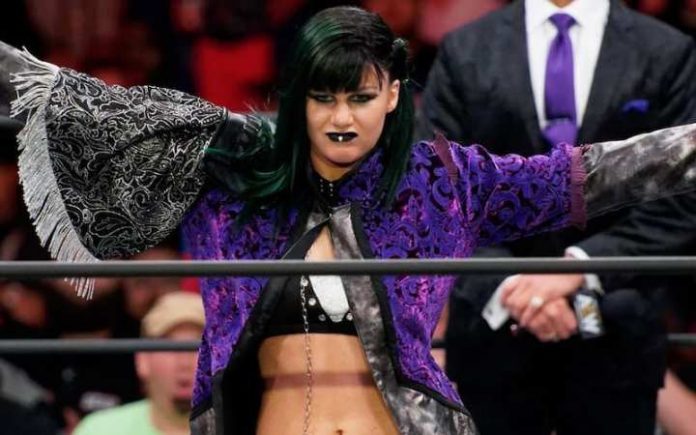 Blair Davenport has made her WWE NXT UK in-ring debut. As noted, the former Bea Priestley was revealed to be a NXT UK Superstar during last week’s episode, via new vignette. The reveal came after a teaser vignette aired the week before.

In an update, today’s NXT UK episode on Peacock and the WWE Network saw Davenport defeat Laura Di Matteo via springboard dropkick and a running knee strike. After the match, Davenport took the mic and warned the NXT UK women’s locker room, including NXT UK Women’s Champion Meiko Satomura, that she has arrived, and is ready to rule the division.