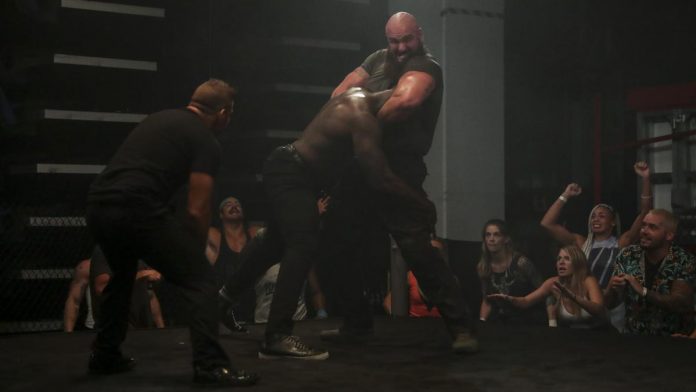 The first RAW Underground segment this week saw Strowman approaching Shane and his extra large security guard at the door. Strowman threatened Shane and his security if they didn’t get out of his way, adding that he was pissed off and needing to smash in the head of some poor soul waiting in the RAW Underground ring. He also told Shane to send his best fighter in. The first fight segment opened with Dolph Ziggler in the ring with an enhancement talent, who ended up losing their quick bout. Ziggler then went at it with Riddick Moss again until Strowman hit the ring and ran over both of them. They tried to double team Strowman but he destroyed them both with ease.

RAW Underground later saw Titus O’Neil convince Shane’s security to let him in. Moss made another attempt at taking Strowman out in the RAW Underground wing, but he had no luck. Titus then stormed the ring and charged Strowman, taking him down. Braun ended up beating Titus down until Shane and security stopped him. The final RAW Underground segment for this week saw Strowman take out another enhancement talent, Ziggler and Moss again. After destroying Ziggler and Moss again, Strowman was then met by big man Dabba-Kato. They faced off and stared each other down until Shane got in between them to prevent a fight. He then announced Strowman vs. Dabba-Kato for next week’s RAW Underground competition.